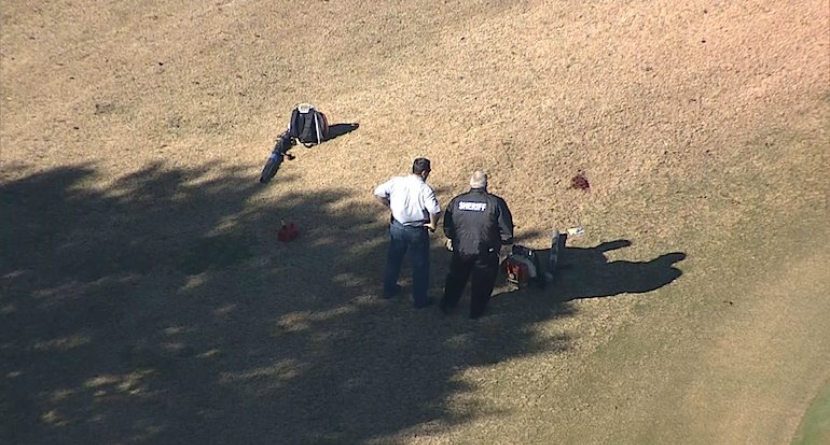 For the second time in a week, a Texas golf course has been involved in a crime scene. First, a man was assaulted leaving him with a fractured skull, and now a shooting broke out leaving another man dead.

The Dallas News has the tragic details:

A man is arrested on suspicion of murder after a fatal shooting Wednesday morning at the Hurricane Creek Golf Course near Anna.


The shooting appears to be the result of a conflict between two men, both of whom worked at the golf course, according to Collin County Sheriff’s Capt. Jim Moody.

Sheriff’s deputies were called to the shooting at 9:40 a.m. Wednesday at 1800 Fairway Lane in Anna. They found Julio Garcia, 55, with a gunshot wound to the face. He was transported to a nearby hospital, where he died.

Deputies arrested John Robert Sim, 20, of Anna at the scene on suspicion of murder. He is being held at the Collin County Detention Center in lieu of $500,000 bail.