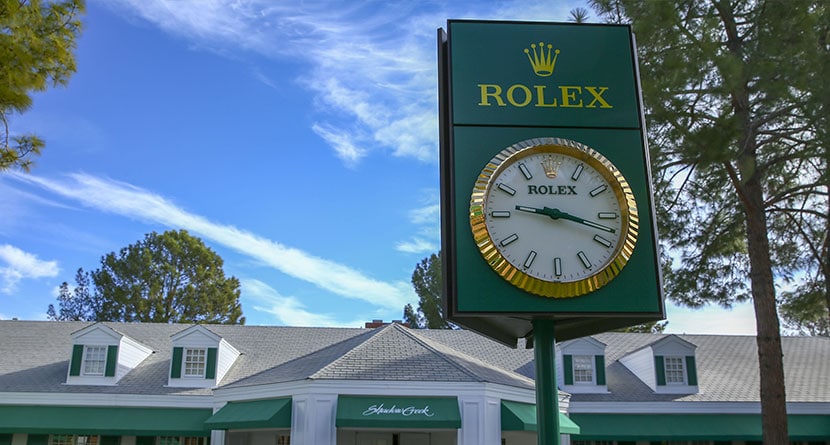 A duo of female thieves have been targeting elderly golfers around South England for weeks now, approaching the golfers posing as charity workers only to swipe expensive watches off of the golfers’ wrists.

Dubbed the “Rolex Rippers” by papers in the United Kingdom, the thieves are said to have robbed at least 14 people of their watches at exclusive golf courses.

Incidents have been reported Poole, Wimborne, Wareham, Ferndown, Highcliffe and Poundbury in Dorset in the past two months and all have nearly identical stories about the two women who are believed to be in their 20s or 30s.

The women allegedly approach the men with a clipboard and one acting as if she’s deaf. Touting a petition for a new deaf center, one of the women is offers a hug and in the process of the embrace, expertly removes the expensive watch from the golfer’s wrist.

🔴Two female con artists nicknamed the “Rolex Rippers” are suspected of targeting elderly men for their expensive watches at golf clubs around the south of England https://t.co/HrHKAcqqKp

“One had a clipboard and the taller one was making out she was deaf and they wanted signatures for a petition for a new deaf center,” Bruce told Bournemouth News and Picture Service of his July 15th encounter. “I signed it with my left hand, which was the same hand my watch was on, and one of them then grabbed hold of me and went to hug me. I straight away put my hand on my pocket where my wallet was and pushed her off and walked away.

“I walked around the corner and realized they had taken my watch. By the time I went back they had gone.”

The Rolex Rippers appear to have been at this for upwards of a year with Hampshire police issuing descriptions of two women who mugged a 78-year-old man of his Rolex in Emsworth in July 2020.

“We have had a number of incidents of a similar nature and I would again remind people to be vigilant and be particularly careful if you are wearing any high-value watches or jewelry and are approached in suspicious circumstances,” police chief Jim Perks told The Guardian.