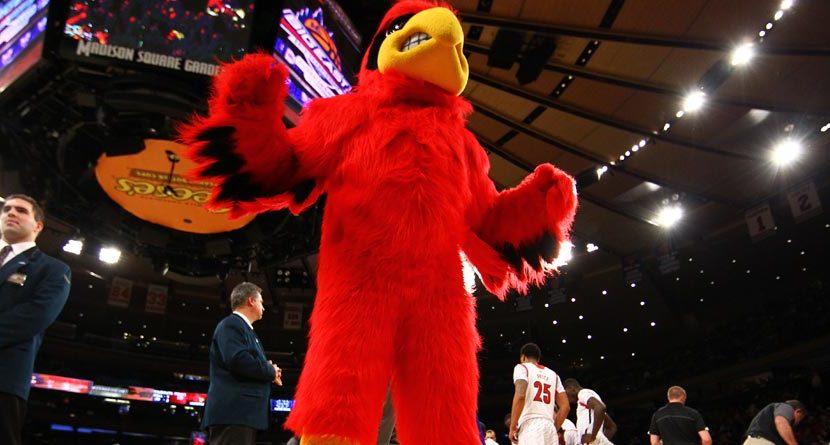 The hours are counting down, and quickly. You’ve got to finish your NCAA Tournament bracket (or two, or three, or 10) to get into your pool in time for tonight’s tip-off of the opening-round-slash-play-in games.

We’re here to help at Back9Network, which is why we asked our talent to weigh in with their picks for the Final Four. You’re welcome — or we’re sorry — in advance.

Midwest — Louisville: Not only are they top seed overall, but I once took a tour of the Louisville Slugger factory which was pretty neat so I’m going with that.

South — Kansas: I don’t have a reason other than they are top seed in their division.

East — Indiana: I feel like Flyover Country doesn’t get enough love from the rest of the world. This is their chance.

Midwest — Duke: Because I have a soft spot for North Carolina.

East — Miami: What’s not to love about Miami!

South — UCLA: Have to pick a local team, and I am a huge John Wooden fan.

West — Gonzaga: Because I could never root for the (Ohio State) Buckeyes.

Midwest –Duke: Let’s start in the Midwest with the number one overall seed Louisville. You are the number one seed, now you have to beat three of the toughest teams in the country. Louisville will immediately have its hands full with either Memphis or Colorado State who are similar teams and both extremely dangerous. Then it gets really tough. At the bottom of the bracket lurks the Duke Blue Devils who will have a tough road to the Final Four themselves. In the end the return of Ryan Kelly at Duke proves too much for the region. Duke has only lost once this season with Kelly in the lineup. It won’t be easy but they take the region.

West — Ohio State: Wisconsin plays the most fundamentally sound, half court motion offense in the country. In other words they are boring and painful to watch. For this reason I am going with the Ohio State their Big 10 rival who spent a lot of time this year searching for their identity. But this Ohio State team has athletes and scorer in Deshaun Thomas. While I believe Wisconsin will take out number one seed Gonzaga in the Sweet 16 the Badgers run will end when they face Ohio State for the fourth time. Unfortunately this game will be just as difficult to watch as the game played on St. Patricks Day when OSU beat Wisconsin 50 to 43.

South — Minnesota: This is a bracket of overrated and untested teams and therefore it is primed for the taking. If there is a Cinderella in this field it can come out of the South. San Diego State has Steve Fisher at the helm and a talented group of young men. But I believe the surprise will come from Hollins boys from Minnesota. They aren’t brothers but they can both play. A lot was expected from the Golden Gophers this year and at times they have shown moments of brilliance beating Indiana and Wisconsin. To make a tournament run it will start with UCLA and then likely go through Florida and Georgetown. Kansas, UNC and everyone’s darling VCU are all in the bracket as well, and all vulnerable to an athletic team with a chip on its shoulders.

East — Butler: This is the bracket that will likely bust everyone’s hopes of being perfect. Indiana is unbeatable until they get down. Then they crumble. That is not a great formula in the tournament. Miami doesn’t have a single player on its team that has ever played in an NCAA tournament game. They have had the schools best ever basketball season. But it will be over soon. That leaves some interesting stories in Butler, NC State, UNLV, Marquette and Syracuse. Throw a dart at the board here…mine hit Butler so I will go with the kid coach to make another run.

East — Indiana: I don’t think this region is particularly tough, and I think Miami will end up getting knocked out early. I think their toughest test will be Syracuse in the Sweet 16, and I can’t root for Syracuse under any circumstances.

South — Georgetown: The Hoyas are my pick to win it all. Once again, I don’t think this is a very challenging region; I think Kansas is a potentially great team, but they usually underachieve, and I expect that to be the case again this year. I also think Otto Porter might be the best individual player in the tournament, and that means a lot.

West — Ohio State: I think the Buckeyes have the easiest path to Atlanta. Gonzaga is the weakest of the No. 1 seeds by far, and I don’t really care about any of the other teams in this region.

Midwest — Louisville: This is the toughest region. Duke, Mich. St., St. Louis and Oklahoma St. are all legit contenders. I think at the end of the day, Louisville’s depth will be the deciding factor.

Midwest — Oregon: I love that duck!

Midwest — Saint Louis: I’m going to go with Saint Louis to beat Duke in the Midwest. I don’t know much – or indeed anything – about college basketball, but I know this: Duke sucks. Amen, people. Amen.

West — Gonzaga: Is the West so lacking in quality, basketball-playing schools that it had to take the other divisions’ nerdy leftovers? Why else would it have Harvard, Ole Miss and Notre Dame? I call geographic shenanigans! Anyway, Gonzaga to win this one.

South — Florida: I see Minnesota and Northwestern St. are in the South. Nice. Along with Michigan and UCLA. Why do you mock me, NCAA college bracket? Why? I’m going to go with Florida. (Are they the Gators?) Go Gators!

East — Syracuse: Ah, the East: home of Woody Allen and The Situation… Lots of colleges I’ve never heard of here. Exorbitantly expensive liberal arts colleges, no doubt, from places like New Hampshire and Vermont. I think I’ll go for Syracuse — because it’s where it’s meant to be, for one (pedantry, for the win); and at an average height of 6’7”, its team is the tallest of the Top 25 (BOOM! Weren’t expecting that, were you?).

Midwest — Memphis: I never watch college basketball. In fact, I barely even know what it is. I just assume my favorite NBA players come out of nowhere and appear on my TV set like magic. Being from Chicago — and knowing Derrick Rose went to the school — I’m picking Memphis to come out of the Midwest bracket. It makes sense to me.

West — Gonzaga: One thing I do know about college hoops is that the ‘Zags are tough to beat every season. Their 31-2 record and No. 1 seeding makes them an easy choice out of the West. Plus I like saying their name. “GONZAGA.”

South — VCU: I would have gone with Georgetown on this pick, but then I remembered Patrick Ewing went there. Ewing played on the Knicks alongside John Starks. Everyone in Chicago hates John Starks. Instead, I threw a dart at the South bracket and VCU popped up. Very scientific method.

East — Illinois: Why the hell not? I see they’re a No. 7 seed and somehow got placed in the East bracket — and not the Midwest? — but I’ll be a homer and go with the Illini. Plus there are some sweet bars in Champaign-Urbana that I vaguely remember drinking at in my early 20s.

Midwest — Oklahoma State: You can’t doubt a school that produced both Hunter Mahan and Rickie Fowler. And if they lose, at least they’ll be decked out in head-to-toe neon orange.

West — Ohio State: Ohio State alum Jack Nicklaus probably doesn’t have much of a jump shot, but who needs it when you’re the greatest golfer ever?

South — Florida: Camilo Villegas went here, and I’m not one to bet against a fading star with limited tour status.

East — Illinois: I know, Illinois (my alma mater) is a long shot. But you know who else was a long shot? Illinois alum Steve Stricker, and I’d say things worked out pretty well for him. So there.

Midwest — Louisville: Louisville is going to face off against Michigan St. in the Regional, and Louisville will end up in the Final Four. They are just too athletic; Dieng averages a double-double underneath, and they have two guys who can create their own shot off the dribble in a pressure situation in Peyton Siva and Russ Smith.

West — Gonzaga: Gonzaga will be tested in the Regional by New Mexico, who will upset an overrated Ohio State team. In the end, the reality is Gonzaga is no longer a mid-major — this is a quality team with two legit big men in Kelly Olynyk and Elias Harris. Two big X-factors which will play a role: the aforementioned big guys knock down their free throws at a 75 percent-plus clip! Plus Kevin Pangos can knock down the three with extreme regularity, and, as we have learned over the years, that can be a game changer.

South — Georgetown: I am thinking outside the box here. I believe Kansas is a weaker team than people think, and they have some serious confidence issues. I am picking VCU to upset Kansas early on in the Regional Semis because they get into your head and force turnovers like it is their job. They lead the country in steals per game with almost 12, which could spell disaster for a team like Kansas who seems to unravel when things aren’t going their way. But in the end it won’t matter because Georgetown is a battle tested group of upperclassmen who are balanced and very patient.

East — Indiana: This is a very tough bracket because Syracuse, Butler, Miami and Marquette are all very scary teams who could take out anyone on any given night. When it comes down to it, Indiana has been preparing for this under the tutelage of Tom Crean (same man who coached Dwayne Wade, remember) since 2008 when he took over the head coaching job. They have improved every year since he has been there culminating in a Sweet 16 last year. Now they have a perfect balance of youth in Cody Zeller and Yogi Ferrell and experience in Will Sheehey and Victor Oladipo and are poised to make a deep run.