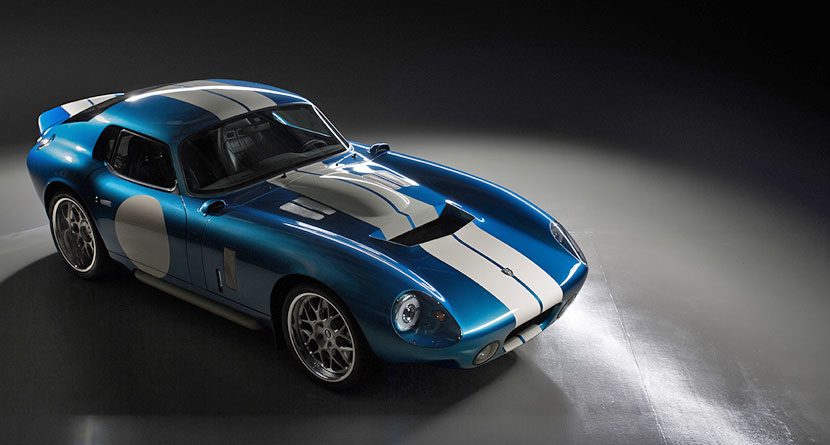 Electric cars have become increasingly popular in the past few years. It began with hybrids like the Toyota Prius, and transformed into the beauty that is the Tesla Model S. But there’s still one thing missing among them: a true American electric muscle car.

It may be hard for some to picture a muscle car running on batteries, but car aficionados no longer have to imagine it. It’s real. And it’s called the Renovo Coupe.

The Shelby Daytona Coupe replica has been dubbed the “first all electric American supercar,” and I’d say that’s an apropos title. Powered by twin electric sequential motors, the Coupe boasts over 500 horsepower and a ridiculous 1,000 ft-lbs. of torque.

Those numbers are impressive for a gas-powered car, let alone an electric one.

The Renovo Coupe from Renovo Motors on Vimeo.

But what if you have to run out to the store and forgot to charge the car? You can fast-charge your Coupe in just 30 minutes, or a level 2 charge in five hours.

It’ll be produced in Silicon Valley in very limited quantities with deliveries beginning in 2015. According to Car and Driver, it’s expected to go on sale for a whopping $529,000.

And because I know you want one so badly, here are more photos of the incredible car: