Fitness Not a Fad on PGA Tour 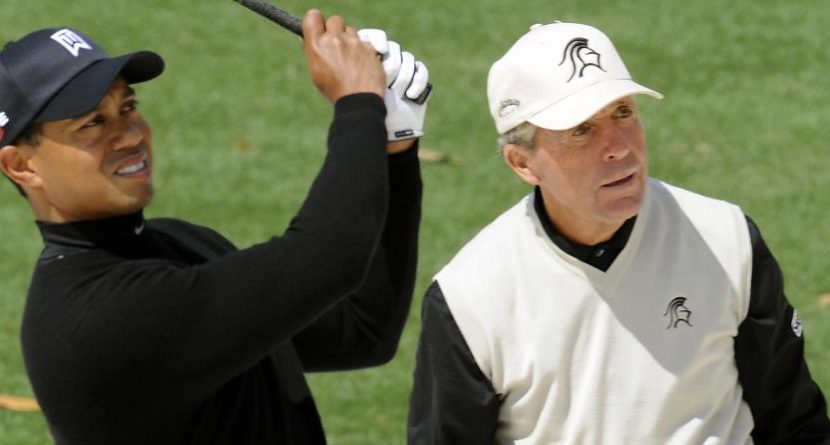 Tiger Woods changed a lot of things in golf when he rose to prominence in the late 1990s: awareness, viewership, tournament purses. You could also add fitness to that list.

The world No. 1 says he was one of two people regularly using the gym back when he first joined the PGA Tour. Now, after players have seen the surplus of success to fall on Woods, they’re trying to emulate him the one way in which it’s actually possible: by putting in work at the gym.

Woods, however, never earned the nickname of “Mr. Fitness.” He might have had it not already belonged to Gary Player, the nine-time major winner who starred in the 60s and 70s. So much of a fitness freak is Player that last summer, at the age of 77 (he turned 78 in November), he graced the cover of ESPN The Magazine’s Body Issue.

Those guys have a ways to go, though, before they crack the list of the PGA Tour’s top 10 all-time fittest players. Current stars Adam Scott, Rory McIlroy, Camilo Villegas and Dustin Johnson made the cut along with Woods, who checked in at No. 2. The tour ranked Player at No. 1:

Related Link: 9 Golfers That Could Have Played Another Pro Sport