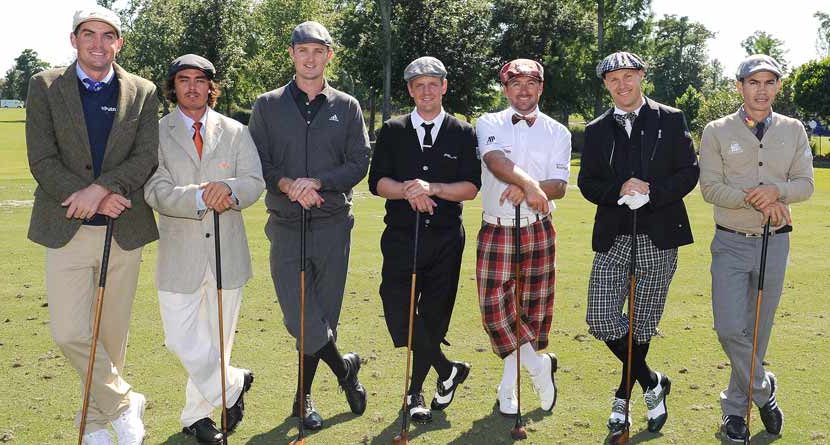 With the PGA Tour’s Zurich Classic ongoing this week, we’re reminded of a fashion show put on two years ago at TPC Louisiana by some of of the game’s biggest names.

In 2012, Keegan Bradley, Rickie Fowler, Justin Rose, Luke Donald, Graeme McDowell, Ben Crane and Camilo Villegas all dressed up in clothes from 1912 to participate in the Fore!Kids Foundation three-hole shootout. Not only did the players look like they were from 100 years prior, but their equipment did too. The group played the three-hole challenge with hickory-shafted clubs, far from what they’re used to. Hugo Boss (for Crane) and PUMA (for Fowler) were a few of the companies that designed and created the golfers’ special outfits.

As for the competition, Donald made an eagle but was unable to come away with the victory. Crane and Villegas were crowned as co-champions, tying at 1-under after the three holes. For winning, both Crane and Villegas were given $2,000 to donate to charities of their choice, while the rest of the players were given $1,000 for their respective charities.