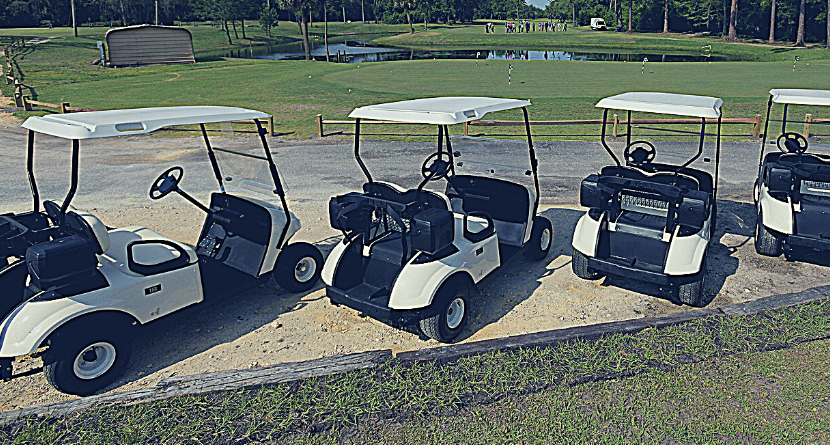 A Florida man who admitted to stealing and selling dozens of golf carts valued at over $200,000 during a four-year period has been sentenced to two years in prison.

Nathan Rodney Nelson — a perfect name for a Florida-based golf cart bandit — was reportedly struggling to make ends meet in his career as a home inspector when he started scheming to pilfer carts from courses and list them on online marketplace sites for $2500 (about half of what they were worth).

Arrested in March, Nelson, 46, told prosecutors he would usually steal two carts at a time using “common ignition keys.” He estimates there were 84 carts he stole or attempted to steal and he racked up over $200,000 in profit.

The trouble is — and this is where this Florida man story takes a Florida man turn — Nelson was not particularly careful about covering his tracks. In fact, you might say he had a calling card a la the hapless larcenists in the Home Alone movie franchise: he would sell the carts with scorecards and pencils in tow, making it easy for the FBI and various other law enforcement entities to trace the origins of the crimes.

Oh, and as if that wasn’t enough to nail Nelson, there was also the little matter using his personal phone number to conduct his business under an alias.

The story was picked up the Washington Post and the New York Times, among others. There’s just something so irresistible about dumb criminal stories, particularly when nobody is physically harmed. In a memo read in court, Nelson’s lawyer contended of his client: “It became easier and easier for him to stray from his long held moral compass.”

In total, Nelson was charged with eight crimes and ordered to pay back the value of the carts ($220,000). By entering a guilty plea for the felony charge of “interstate transportation of stolen property,” seven charges originally brought against him were dropped.