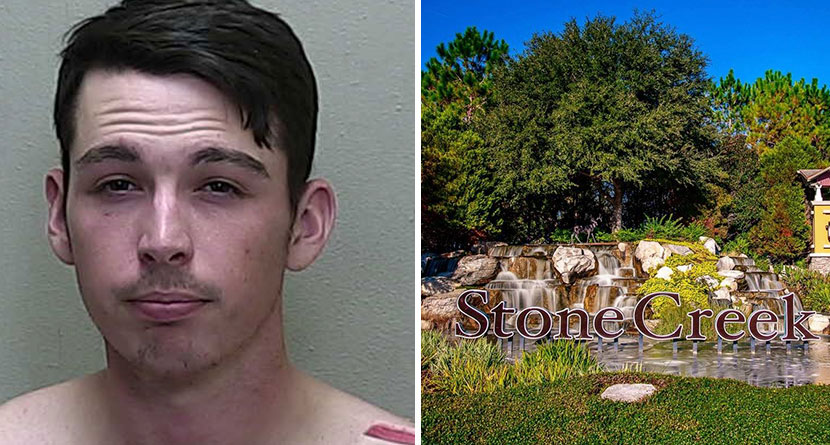 A Florida man was arrested following an altercation that took place on a golf course driving range that left an elderly golfer with a broken rib, several bruises and cuts that required nine stitches, according to the Marion County Sheriff’s Office.

According to an affidavit obtained by WFTV, Tyler Dearden, 22, was stealing golf balls from the range bucket of a fellow golfer at Stone Creek Golf Club in Ocala. The man reportedly told Dearden to get his own golf balls and eventually reported him to the pro shop.

When the man returned to the range, Dearden approached him and told him that he would like to apologize, but instead began to punch him and knocked him to the ground.

Dearden told police that he was defending himself after the older golfer had pointed a golf club at him.

The Marion County Sherriff’s Office had some fun with the announcement of Dearden’s arrest on their Facebook page, using golf puns to tell the story of the alleged attack.

“No Mulligan For This Guy,” the post was titled. “Tyler became tee’d off when he was told that he was not allowed to steal someone else’s golf balls at the Stone Creek Golf Course. Tyler decided to take cheap shots instead of chip shots when he beat an elderly golfer to the point that the victim had a broken rib, multiple bruises and cuts that required 9 stitches. We felt his actions were not par for the course and he was promptly carted off to jail.”

Dearden was arrested with a charge of aggravated battery on a person 65 years or older — police didn’t provide the victim’s exact age. The Ocala resident was still in jail as of January 13 on a $10,000 bond. He is set to return to court on February 11.