Florida Man Arrested For Throwing Golf Clubs On The Interstate 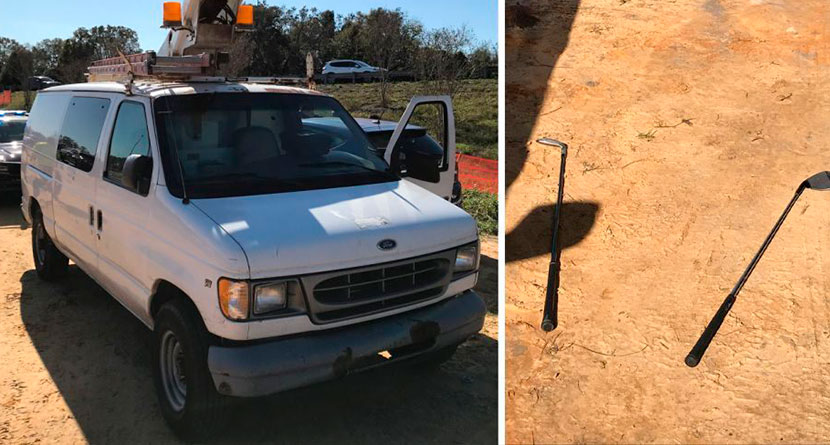 It’s unusual but not unheard of to see a golf club or two go flying when you’re on the course. But when you’re driving on the interstate? That’s a cause for concern.

The Florida Highway Patrol pursued, pulled over and arrested a man on Wednesday who witnesses claim was throwing golf clubs out of his work van into adjacent, oncoming traffic on I-75 south of Tampa.

The man, later identified as Jonathan Edward Day, 41, pulled off the highway erratically, going down an embankment and onto a nearby construction site. When an trooper began to approach the vehicle, Day stepped out wielding a golf club.

After dropping the club, Day went to the ground, but eventually attempted to resist arrest, striking the trooper with his fist and grabbing his uniform and radio, according to The Orlando Sentinel.

The entire ordeal was captured by FHP dashcam.

Day was subdued with a taser, arrested and charged with battery on a law enforcement officer, resisting arrest with violence, throwing a deadly missile from a vehicle, possession of marijuana, controlled substances and drug paraphernalia, FHP said.

And that’s why you should never throw golf clubs.