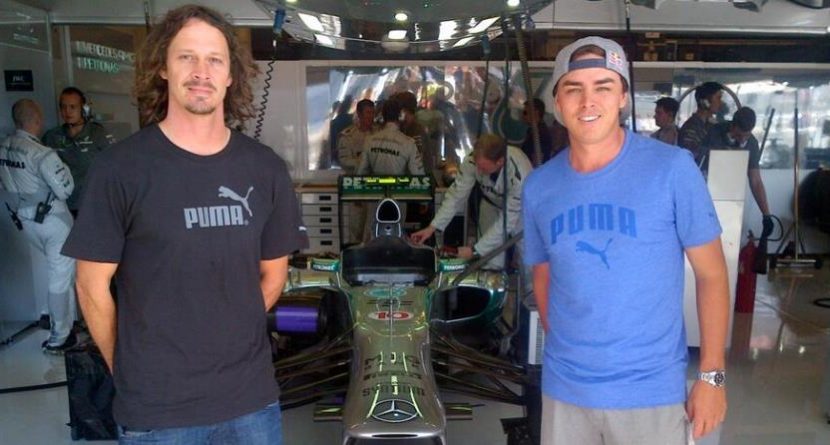 Rickie Fowler is a big fan of his alma mater, Oklahoma State, and the school’s stellar football team. He’s also a big fan of racing.

How convenient then that his OSU Cowboys were in Austin on Saturday to take on Texas, and the 2013 Formula 1 U.S. Grand Prix took place on Sunday in that very same town. Of course Fowler made his way to Texas.

And the weekend couldn’t have gone much better for him. First, OSU routed Texas, 38-13, and moved up to No. 10 in the BCS standings, No. 11 in the AP poll, and No. 9 in the USA Today/Coaches poll. Then on Sunday, Sebastian Vettel won his eighth straight race, an F1 season record.

Prior to the race, Fowler hung with skateboarding and rallycross racing star Bucky Lasek, a fellow Puma athlete.

Mercedes isn’t a sponsor of Fowler’s, but the company hooked the golfer up with a ride for the weekend.

Big thanks to @mbusa for the sick ride this weekend in ATX for F1 #ridinginstyle #C63 #AMG #Coupe http://t.co/4MQrOJDIJ7