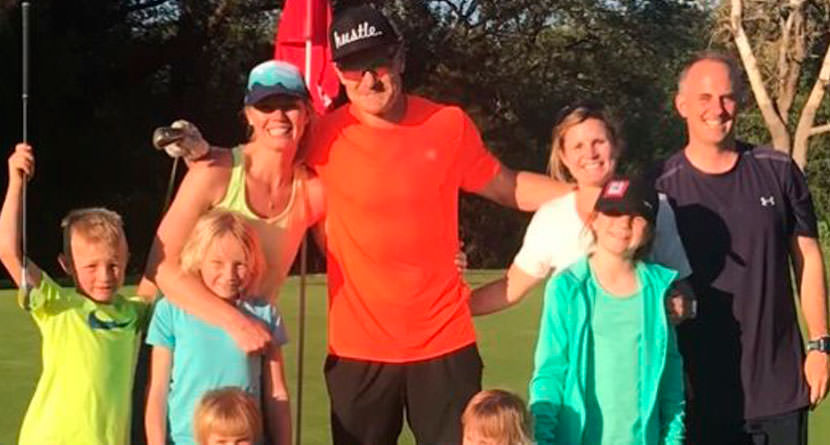 Byrnes plays golf as many retired folks do, but true to his nickname, takes it to the extreme. Byrnes recently competed in the Napa Valley Speed Golf Challenge where he set the Guinness World Record for most holes played in a 12-hour span at 245. Byrnes did it all without a cart. He used an 8-iron and only stopped moving for short putts. He walked/ran 65.5 miles in the endeavor.

Byrnes played the course in a polo style, swinging with one hand as he ran through the course. He played the first 18 holes in 45 minutes.  Byrnes, 42, helped raise $5,000 for charity at the event. Byrnes’ submitted his feat to Guinness World Records for review.

“It’s an obscure record, but if nothing else it’s a conversation starter and should get a few laughs,” Byrnes said to the Mercury News.

The former outfielder, who is best known for his time playing with the Oakland A’s, where he played from 2000-05, played 11 seasons in the major leagues and turned to extreme sports in retirement. Byrnes has also competed in the Western States 100 Mile Endurance Run.

Byrnes was a career .258 hitter and hit 109 home runs with 396 RBIs. He was known to play with reckless disregard for his body, often making highlight reels diving for balls in the outfielder or hitting the wall at full-speed.