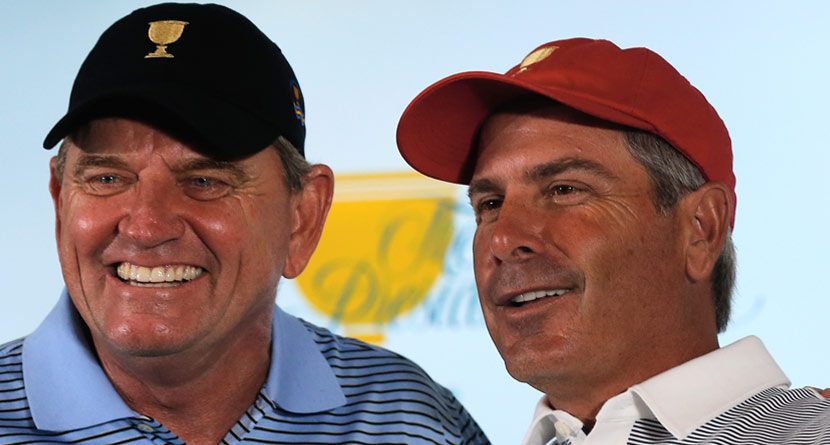 To commemorate Freddy’s big day, International Team Captain Nick Price presented his contemporary with a bunch of birthday cupcakes on the first tee. Heck, even the fans sang “Happy Birthday”!

What I like most about the second photo is how maniacal both former President George Bush and PGA Tour Commissioner Tim Finchem look eyeballing those cupcakes. Apparently the free breakfast in the clubhouse was a little sub-par. Get it?!? That’s a golf joke! I’m an amazing writer.