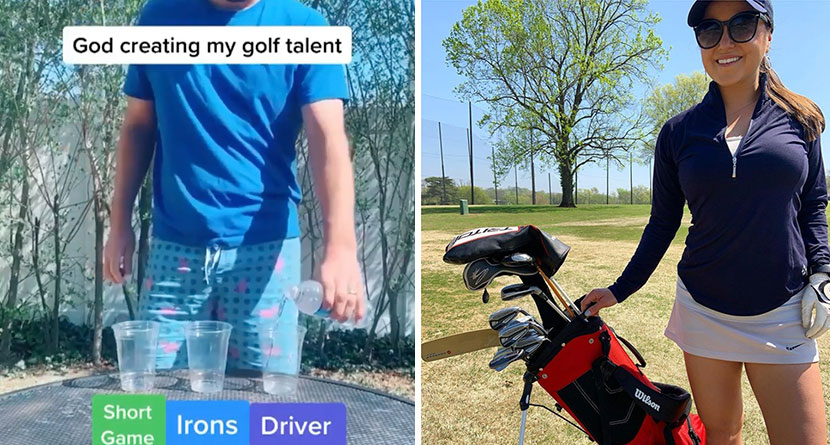 If Golf Talent Were Dispersed Accurately

Tag someone who was built like this ? Via: @holein1trickshots

? hope everyone’s staying healthy and safe! Anyone been watching good movies?!! We need some recommendations??????

Join me Tuesday April 14th for a live session on the Birdietime Live Facebook Group when I’ll be talking about my fitness principles. 6 PM (UK/BST) or 10am (US/PST) Make sure to tune in by joining the @birdietimeapp Group on their Facebook Page. Link in bio! . . . . . #PractiseAtHome #EuropeanTour #golf #golfswing #homeworkout #exercise #birdietimelive #facebooklivestream #facebookgroup #stayhomeplaygolf #golftips #tuesdaymotivation #fitness #nikegolf #nike #birdietime #birdietimeapp #golffitness