VIDEO: What Could Go Wrong? 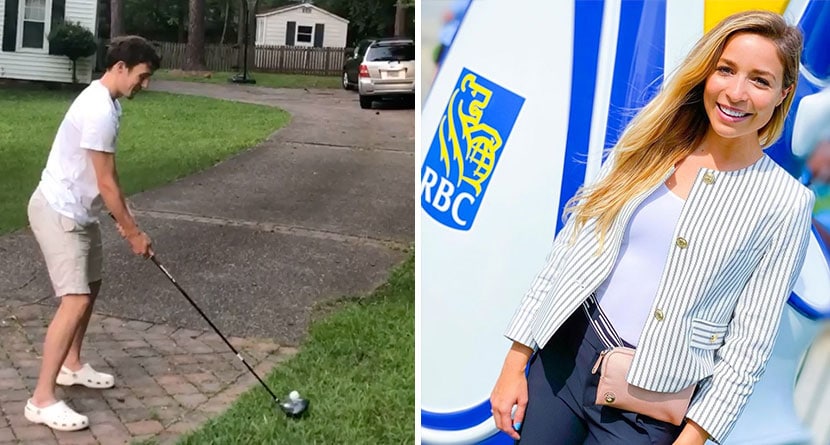 Bob was an excellent golfer. He hit the ball a mile. The only problem was he was losing his vision and could never find his ball.

One day upon complaining about his predicament, his wife said, “Take my dad with you, he has eyes like a hawk.”

“That may be true, but he can still see for miles,” she responded.

Bob figured it’s worth a try, so the next day Bob went out to play golf with Jack, his father-in-law.

On the first tee, he crushed his drive and as usual, had no idea where it went.

“Jack, did you see that drive?” Bob asked.

Jack said, “Sure did! Saw it land, bounce three times and come to a stop”

Bob thought that this was going be great. They jump in the cart and Bob said “Ok Jack, where is it?”

Jack looks at him with a blank stare and said, “I forgot.”

(Submitted by reader Tom B.)

What Could Go Wrong?