VIDEO: A Lot Of Work For Little Pay-Off 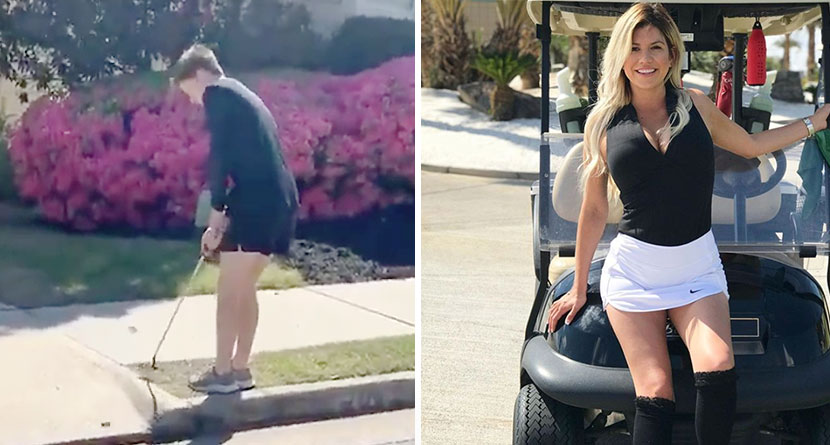 Angus and his partner were on the 18th green. Angus was about to putt when a funeral procession passed on the road alongside the golf course.

Instead of striking his putt, he stood reverently, hat across his chest until it had passed.

His partner, confused, said, “Angus, that was a lovely gesture just now. I’m proud of you.

At Least He Got A Run In

Bro just ran like HALF A MILE for that ? (via maconsports/IG) pic.twitter.com/YdAZFuk9r3

Just sending some positives vibes to everyone and prayers to those who need them today ?