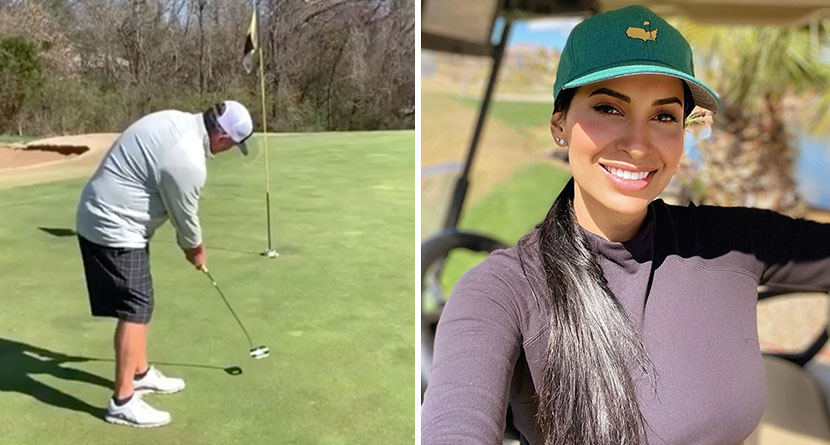 John and Bob were two of the bitterest golf rivals at the club. Neither man trusted the other’s arithmetic. One day they were playing a heated match and watching each other like hawks. After holing out on the 4th green and marking six on the scorecard, John asked Bob, “What’d you have?”

Bob went through the motions of mentally counting up. “Six!” he said and then hastily corrected himself. “No — a five.”

John said, “Nope, you claimed six, then changed it to five. But actually, you had seven.”

John told him, “One stroke penalty for ‘improving your lie.'”

Raised Cups Are A Game-Changer

Raised cups are a game change ? Via: @caddienetwork

My last memory from competitive golf this season was cleaning out my Players Championship locker room with my son James. I’m thankful everyone is doing their part to stay at home and help be a part of the solution and at the same time, will miss spending the coming week in Augusta. I’m going to take some time over the coming days to share some of my favorite memories from The Masters, both as a player and fan. And while I know this won’t satisfy our collective longing to hear Jim Nantz welcome us this Thursday by saying, “Hello, friends,” I encourage people to reach out to friends and family and rehash/recollect/recall your own memories from past Masters…#RememberTheMasters #Golf #stayathome