VIDEO: Not Worth The Effort 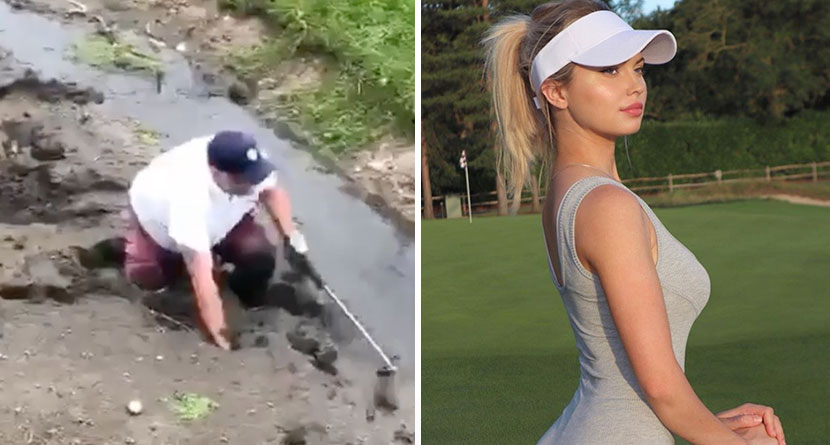 Caddying for the elderly beginner required patience. He was doddery, but he was dogged, and he had sworn to break 100 before the summer was out. In fact, there was a bottle of single malt whiskey riding on it; the golfer’s faithful caddie would receive it when the magic score had been broken.

Then arrived a day when persistence seemed about to pay off for both player and caddie. They were on the green at the 18th and only 97 strokes had been made.

Player and caddie were excited and in the grip of such emotion that it was no small wonder that the player sent his first putt racing six feet past the hole.

One Ball Isn’t Worth It

How do you even get caught in this situation? You can’t recover from it.

Zach Johnson has been named the recipient of the Payne Stewart Award presented by @southerncompany.

@fashionnova ⛳️ from the apron of the green you’re pulling a putter or a wedge? 🤓 fashionnovapartner ad