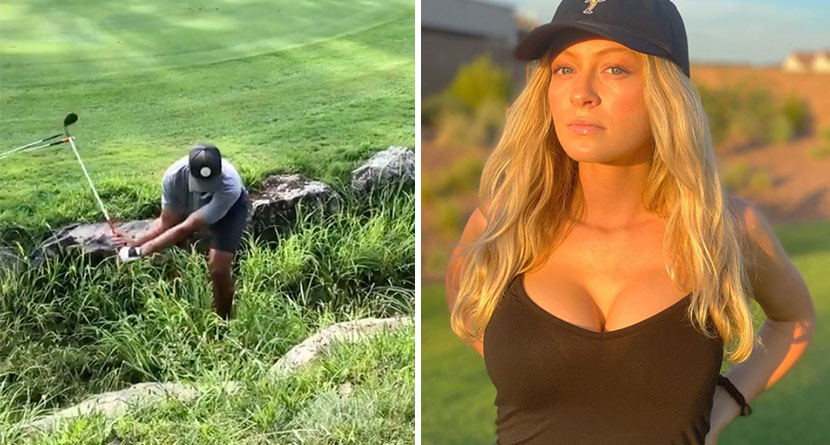 A notoriously poor-playing attorney stepped to the tee. He set his bag down and looked wistfully down the first fairway.

Out of the corner of his eye, he saw his bag begin to move. A small child was attempting to lug the bag to the side of the tee box.

The attorney spotted the caddie master, John, and whispered to him, questioning his choice of the looper.

“Johnny, that boy isn’t even eight years old; are you sure he can caddie for me?”

Play It As It Lies

Play it as it lies (via @camwithcamera)

Made it to the UK, no leaving the room this week , so in room workouts and puzzles are a must this week 😂💪🏼 @puma @pumatracapp @redbull

Staring down the #fedexcupplayoffs. 26 in the standings heading in 👊🏼 and no time to slow down. #letsgo

When your mood matches your hat… 🤬🧢 @golf_gods