VIDEO: The Post-Birdie Mess Up 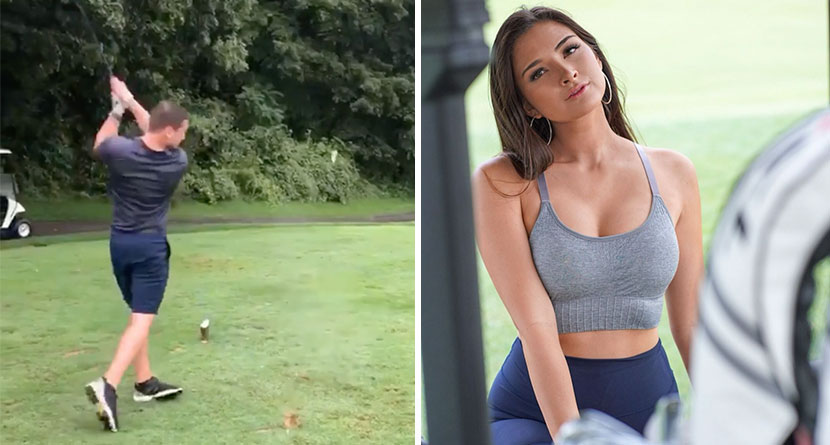 There’s a course with a parking lot off the first fairway. Separating the fairway and the lot is the access road to the pro shop.

One day, a ball comes flying off the first tee, hits the rear window of a car, shattering it. The ball ricochets into the windshield of another car and cracks that, then bounces and hits a golfer in the head as he is unloading his clubs. He has to be taken to the hospital.

After surveying the damage, the golf pro asks each golfer as he walks off the ninth green if anyone hit a slice off the first tee. After numerous negative replies, the pro finally finds his culprit. The golfer admits that, yes, he hit his first tee shot to the right, but they believed it went out-of-bounds, so he and the rest of his group didn’t bother looking for it.

The pro explained about the two car windows and the golfer in the hospital. By the time he finishes re-creating the scene, the entire foursome is visibly upset, and the golfer who hit the errant shot moans, “Oh, that’s terrible. What can I do?”

The pro says, “You should probably try rolling your hands a little to the right to strengthen your grip.”

Right After You Score The Lowest On The Front Nine…