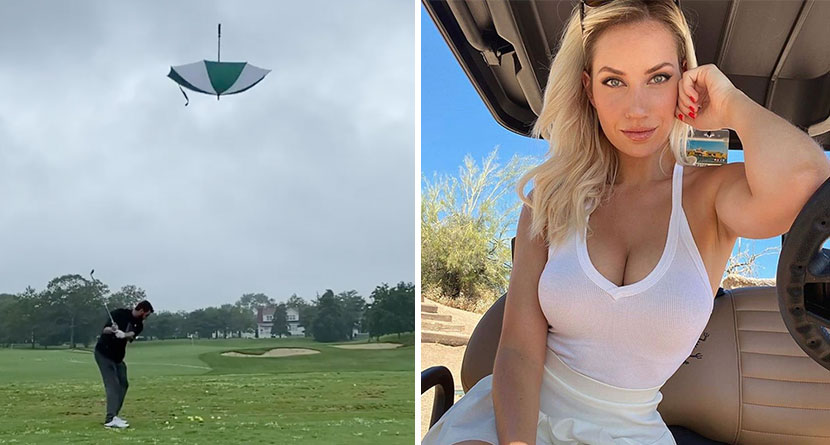 A golfer, now into his golden years, had a lifelong ambition to play the 17th hole at TPC Sawgrass exactly the way the pros do.

The pros drive the ball out over the water onto a green that is on a small spit of land. It was something the golfer had tried hundreds of times without success. His ball had always fallen short, and into the water.

Because of this, he never used a new ball on this particular hole. He always picked out one that had a cut or a nick, as did many other “average” golfers when negotiating very challenging holes.

Recently he went to Sawgrass to try again. When he came to the fateful hole, he teed up an old, cut ball as usual, and said a silent prayer.

However, before he could hit the ball, a powerful voice from above seemed to be booming out from the clouds, said, “Wait! Replace that old ball with a brand new one.”

The golfer complied, with some slight misgivings, despite the fact that this same force seemed to be implying that he was going to finally achieve his lifelong ambition.

As he stepped up to the tee once more, the voice came down again, “Wait. Step back. Take a practice swing.”

So he stepped back and took a practice swing, certain now that this heavenly force was going to make his dream come true. The voice boomed out again, “Take another practice swing.”

Dutifully, he did. He stopped expectantly and waited. A long silence followed, then the voice again, “Use the old ball.”

The Mary Poppins Of Golf

Do you play golf in the rain or are you a fair weather golfer? Via: @holein1trickshots

Still looking for my ball 😅

apparently lost to history with the WGC takeover — the St. Jude seersucker jacket, the most famous winner’s jacket in golf.