VIDEO: Golf Is A Cruel Game 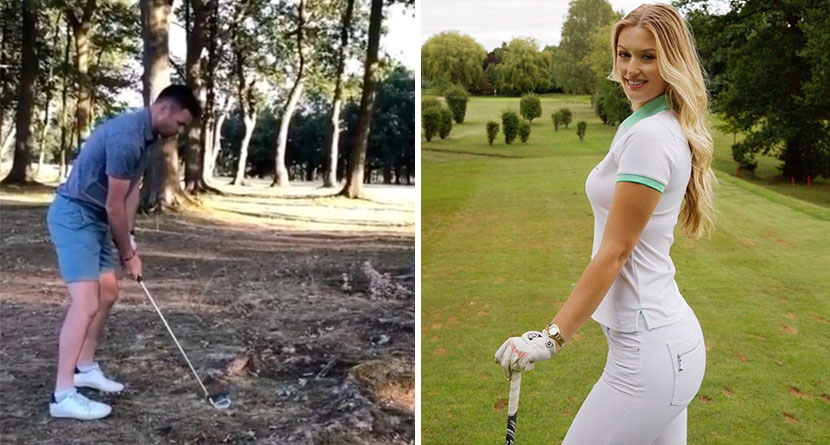 A genie appears and offers a golfer three wishes.

“The only catch,” says the genie, “is that whatever you wish for, your wife will receive 10 times over.”

The genie blinks and suddenly the guy can feel a new golf swing — the grip, the takeaway, the power.

“You can now crush every golfer in the world,” the genie says, “except your wife, who’s gonna beat you like a drum.”

The guy is a little bummed about that, so for his second wish he asks to be the world’s richest man.

“It’s done,” says the genie. “But don’t forget that your wife can now buy and sell you 10 times over. One wish left.”

Golf Is A Cruel Game

Takes a day off work, spends 100 on greens fee and his wife is mad at him. All of that just for this to happen 😂 Via: @stuartbroad8 @golfersdoingthings

🤍☁️🏌🏼‍♀️ If you could only play one golf course for the rest of your life, which course would you choose? 🤍