VIDEO: One Way To Find The Fairway 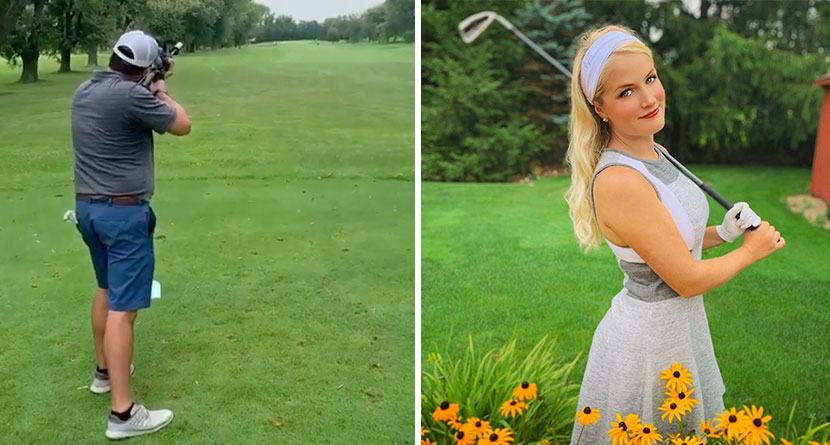 An avid golf fan, but no longer a practicing golfer was standing in a ticket line at an airport. A man in a line parallel to his had a golf bag slung over his shoulder. Since the line was long and airline ticketing is a slow process at best, the pair struck up a conversation.

The man traveling with his clubs brightened when the fan admired his golf bag, and he proudly stated that he was on the PGA Tour. The pro then returned the favor, asking the question all golfers ask, “Do you play?”

The fan shook his head, “I used to, but I quit because I wasn’t very good. I shot consistently in the lower 70s.”

“Consistently?” he queried confusedly. “And you quit?”

The only way my ball is getting airborne today (Via @tfox828)

We waited for over a year and now all that remains is One. More. Sleep. See you all tomorrow for MAJOR CHAMPIONSHIP GOLF FAM 🙌

Loving my ride for the PGA Championship this week. Thanks, @MercedesBenzUSA. #GLE63 #MBambassador