VIDEO: Driver Off The Deck 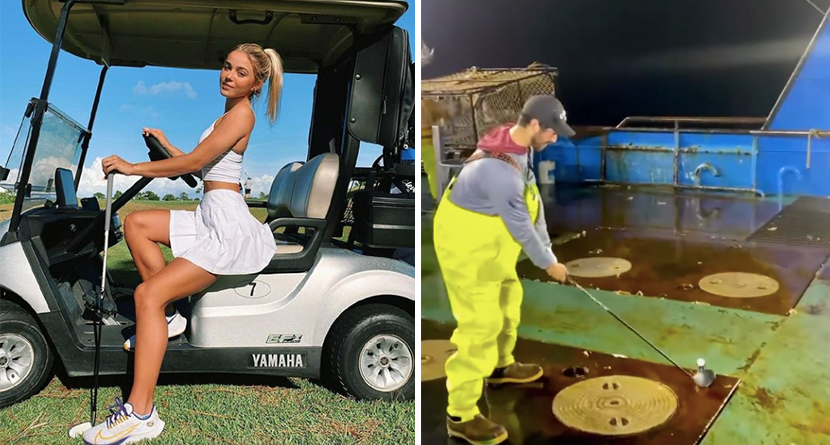 One of the usual Saturday foursome couldn’t make it, so the pro asked the three other guys if he could put a young lady with them, adding she was a very good golfer.

The group reluctantly said okay, and when they got to the tee it turned out she was also a real knockout.

The young lady played great. She hit the 18th green, leaving her shot just 10 feet from the hole. While lining up a tricky downhill putt, she announced that if she could hole out for birdie she would break par for the first time.

She then added that if one of the guys helped her with the read, she would cook him dinner and show him a very, very good time.

The first guy looked at the putt and told her it broke four inches to the left.

The second guy to speak up said that the first read was wrong; the putt was straight.

The third guy then spoke up, saying, “It’s good…pick it up.”

Driver Off The Deck