VIDEO: Dad Of The Year 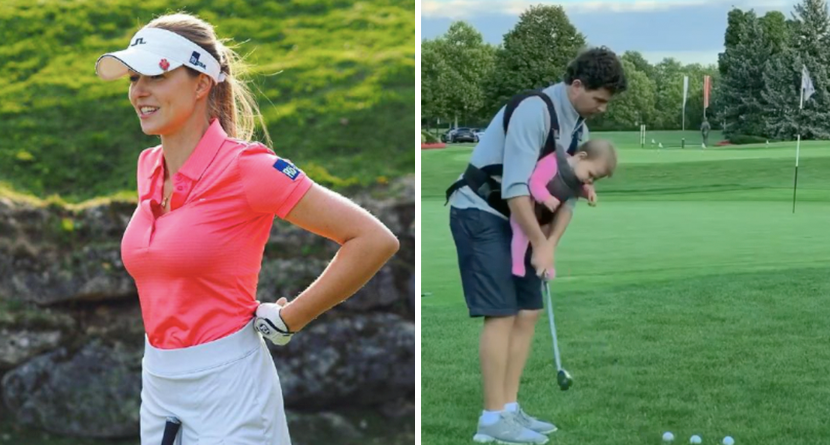 Tom and Bill took a summer job as caddies at a local golf course. It was the perfect job for two 16-year-olds.

Old Ben was a member of the same club. Even though he was the meanest man at the club, he also made the best peach moonshine in the county. Every Saturday, he always requested either Tom or Bill to be his caddie. It seemed they were the only ones that could tolerate his verbal abuse.

Once the boys grew into men, they received a letter from Old Ben requesting their presence at his hospital bed. Both agreed, and standing beside the old man’s bed, Ben said, “Boys, I’m dying and I want to make my peace. Will y’all accept my apology for the way I treated you at the golf course?”

Old Ben handed Bill a mason jar and said, “Boys, I have one last request: this is a make of my finest peach moonshine. Please pour it on my grave when I pass.”

The day came, and Tom and Bill headed to the cemetery with the mason jar in hand. It took them over an hour to find the grave.

Tom asked Bill what happened to the moonshine they were supposed to pour on Old Ben’s grave.

“I thought I’d pass it through my kidneys first,” Bill said.

Dad Of The Year

Just a dad and his son. 🐯 pic.twitter.com/5rbVWVKXTn