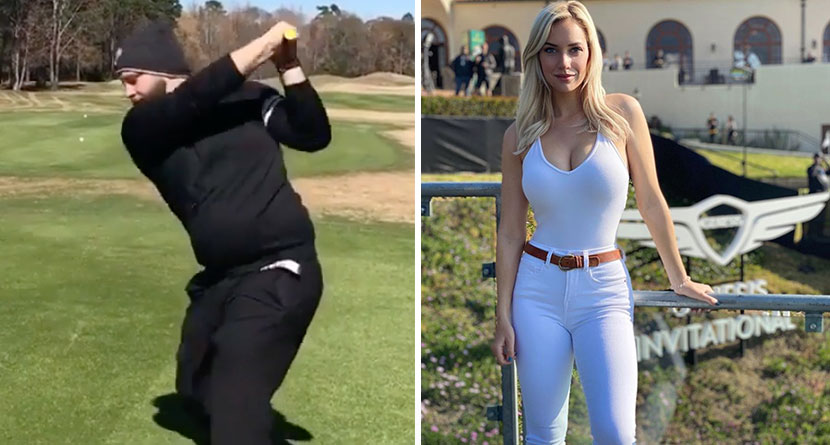 Golf Is A Cruel Game

Golf can be brutal ? Tag a friend who has this shot in the bag Via: @golf_gods

Live. Laugh. Love. ?Happy Saturday. Why do you think I’m laughing? #doesitgetboringhittingeveryfairway ? •• •• •• •• I played yesterday. Game is coming along. 38-37! Looking for a comeback???⛳️?

???• #UPDATE: Tiger starts +5 through his first 9 holes today at Riviera. The struggles continue. There doesn’t appear to be any physical issue. The bulk of the mistakes have been made with extremely poor putting, including a 4 putt. Perhaps his head is a little bit out of it. It’s obviously not been pretty, but we continue to watch him fight it out. #TigerWoods

Happy Valentine’s Day! Today at the @thegenesisinv I stopped by the skyboxes which overlooks hole 18. Tomorrow I’ll be doing a live from the course so be on the lookout for that!? #genesisusa #genesisinvitational #ad