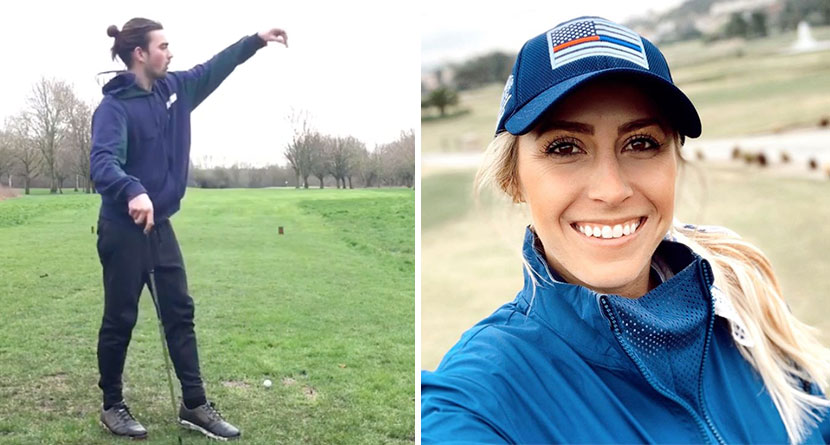 A man goes to confession and says, “Forgive me, Father, for I have sinned.”

The priest asks if he would like to confess his sins and the man replies that he used the “F-word” over the weekend.

The man replies that he would like to confess as to why he said the “F-word.”

“Well, Father, I played golf on Sunday with my buddies instead of going to church.”

The man replied, “No, because an eagle then flew by and caught the squirrel in its sharp talons and flew away.”

The priest let out a breath and queried, “Is that when you swore?”

The man replied, “No, because the eagle flew over the green and the dying squirrel let go of my golf ball and it landed within 5 inches of the hole.”

The priest screamed, “Don’t tell me you missed the f****g putt!”

Tag the slowest golfer you know ? Via: @robinmatthewswilliams

LADIES! It’s #NationalLashDay and these are my natural lashes, can you believe it?! ? I love extensions but sometimes need a break and want to grow my lashes back! The mascara I use is THE BOMB and the @wsj rated it #10 on their list ? Message me for details if you wanna get it ??⠀ ⠀ DUDES: since I know you’ll ask because I got about 50 DMs about it, this hat is from @farmersinsopen and unfortunately they were only sold there!

This was a fun one! @adidasGolf x @PalaceSkateboards launching 21st February adidas.com/Palace