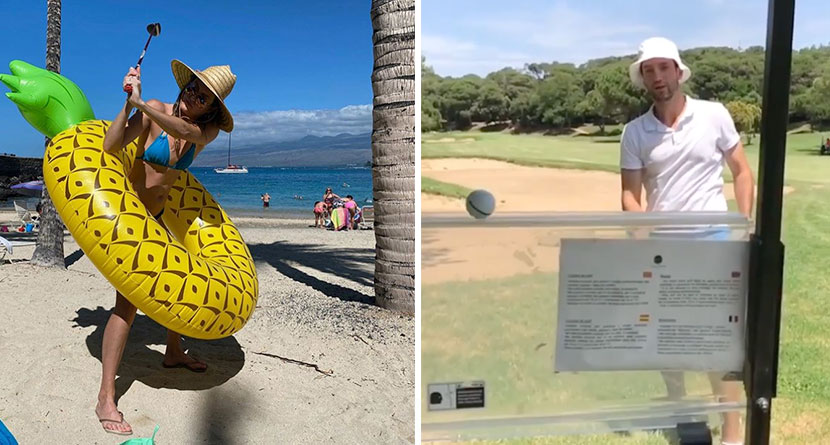 The Most Impressive Golf Shot Ever?

Luck or skill? Via: @eudaldcastillo

It’s never a dull moment at the @wmphoenixopen … from 16 to one the largest crowds I’ve seen on the 18th here on Sunday this tournament is just the best. If even a few thousand out of the hundreds of thousands that attend this tournament walk (stumble?) away with a greater appreciation and curiosity for this game- it’s a win. Congratulations to Webb Simpson on showing up big time in the moment it mattered most. Tony Finau’s time is coming again soon and when it does, he’s going to win by 20 with the fire and tenacity he possesses. Onto Pebble!

Coming home after two weeks of holiday to snow and a (still) leaking roof makes those beach days seem like a far away past… don’t know if the sense of body rot is florid sepsis or just the gut punch of reality. Maybe a bit of both? ☠️? . Thank you to everyone who made the last two weeks so incredible. It’s not the places that I see or the courses that I play, but ALWAYS the people (too many to tag) with whom I share all the laughs, that make the trips so special. IG is a cesspool – but I can’t deny the awesome humans who have come into my life because of this thing. ? . Currently prototyping my Hawaiian #sam2000 so that I can fund my early retirement. . (NB: We were hitting balls after this beach morning .. hence having a club at the beach. For a ‘gram’ post, this actually happened somewhat organically ?) . ? #dadsofinstagram