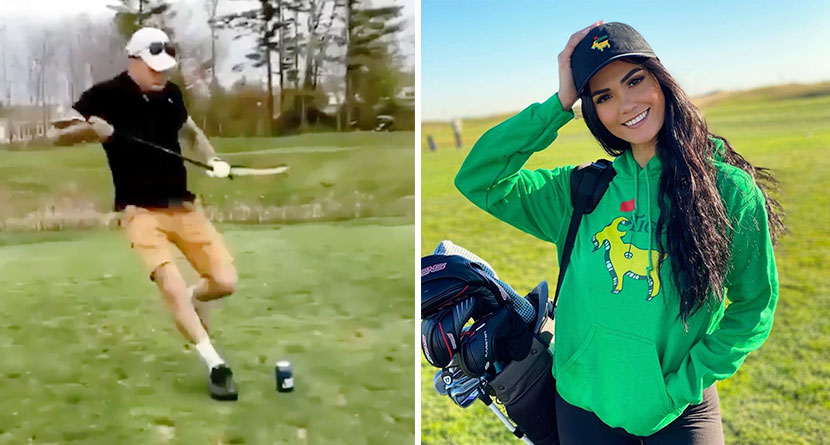 An avid golfer found himself in Africa with time to play. He asked at his hotel for the nearest golf course, was put in a cab, and spent two hours being driven deeper and deeper into the jungle until he arrived at a course.

The same thing happened on the second hole, a long, twisting par five. But this time it was a lion that bolted out of the jungle, charged the golfer, and was dropped by a single shot from the caddie’s rifle.

By now the golfer was visibly shaken, but the caddie looked unflappable — and obviously was a good shot — so they played on.

The third hole was an easy par three surrounded by water. The golfer hit a good short iron, which landed near the cup. As he was walking onto the green, a crocodile slid out of the water and began moving toward him.

Unfazed, the golfer looked to his caddie for help. But the caddie stood motionless. The crocodile moved closer, and the golfer, beginning to get upset, again glanced at the caddie, who didn’t move.

Tag an angry golf ? Via: @hackpatrol