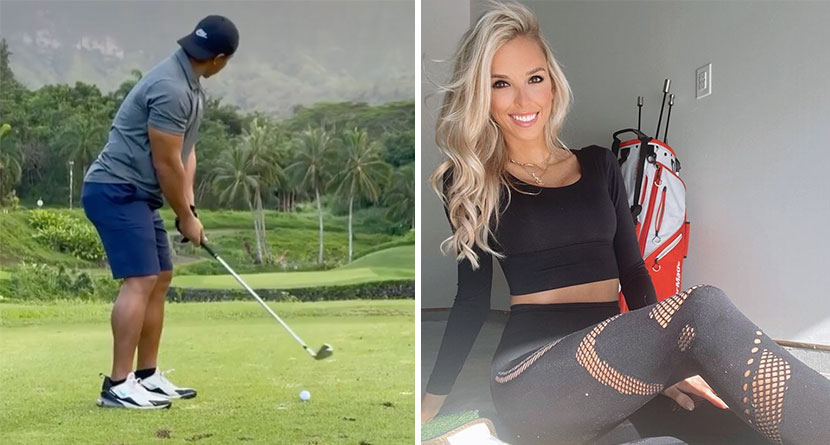 “After all,” he explained, “it will be a two-ball foursome. I’ll drive off and by the time you have to hit the ball the client and his spouse will be elsewhere on the fairway and not watching you.”

It was agreed and the game started as Jim had said it would. He hit off with a fine drive, right down the fairway about 320 yards leaving about four yards to the green. He handed his wife an iron and told her to aim for the green. She sliced it with vigor into the deep rough at the side of the fairway. Two!

His shot from the rough was magnificent and landed the ball back on the fairway – this time about half a yard from the green. Three!

He was in brilliant form and he clipped it neatly from the sand onto the green about a meter from the hole. Five!

Her putt rolled off the green and into another sandtrap. Six!

His recovery landed three inches from the hole. Seven!

His putt of forty feet went in. Nine!

His wife emerged from the sandtrap whence she had watched the performance.