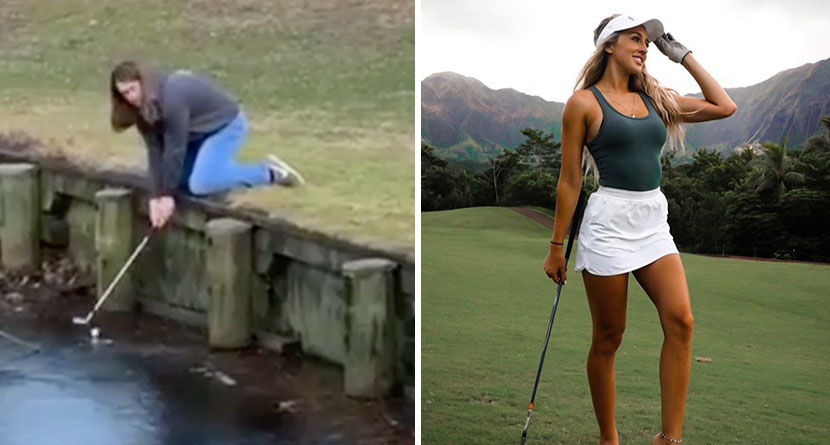 Four guys were enjoying a round of golf when they reached the 18th tee. The first 3 guys put their balls in the fairway while the last guy drives a brand new Titleist over the fence and into a field. He tells his friends to finish up and he will meet them in the clubhouse.

A half-hour goes by and finally, the fourth golfer shows up in bar all beat up with bumps and cuts on his head, bleeding all over. One of his fellow golfers asked what the heck had happened?

He tells them the story.

Winter Golf Has Its Advantages

?’s from the first round of the #DiamondLPGA ⛳️

Haven’t done this in awhile.

When golfing barefoot was a thing….maybe I should go back to hawaii?