VIDEO: What’s Better – The Shot Or The Celebration? 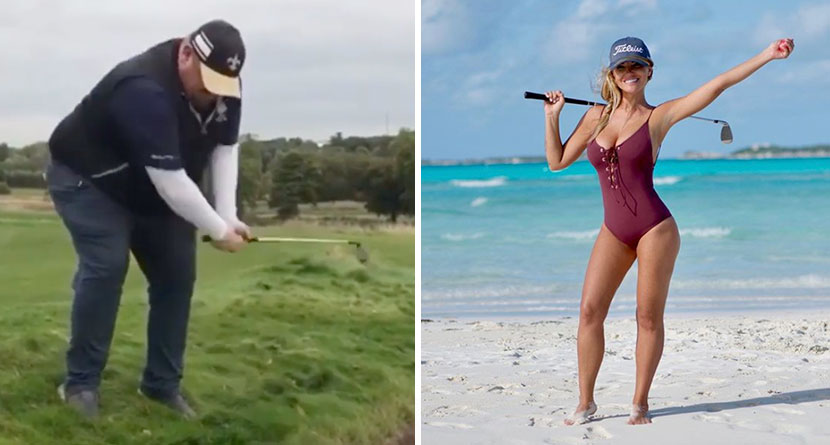 Four old men went into the pro shop after playing 18 holes of golf.

The pro asked, “Did you guys have a good game today?”

The second old guy said, “I had the most riders ever. I had five.”

The third old guy said, “I had seven riders, the same as last time.”

After they went into the locker room, another golfer who had overheard the old guys talking about their game went to the pro and said, “I’ve been playing golf for a long time and thought I knew all the terminology of the game, but what’s a rider?”

The pro said, “A rider is what the old-timers call it when you hit the ball far enough to actually get in the golf cart and ride to it.”

What’s Better: The Shot Or The Celebration

How many tries would it take you to make this shot? 😱 Via: @theonetimmymagic

No ‘Pagne No Gain 🍾 @beachbunnyswimwear

The famous milkshakes at Muirfield Village Golf Club are a must! Vanilla with crushed M&M’s 8.9 @memorialgolf @jacknicklaus @pgatour @caddienetwork @muirfieldvillagegolfclub

Who else wishes they could escape all this madness and go to a deserted island and chip balls all day on sandbars?!!! Yeah , ME TOO! Let’s go!!!