VIDEO: One Stroke Or Two? 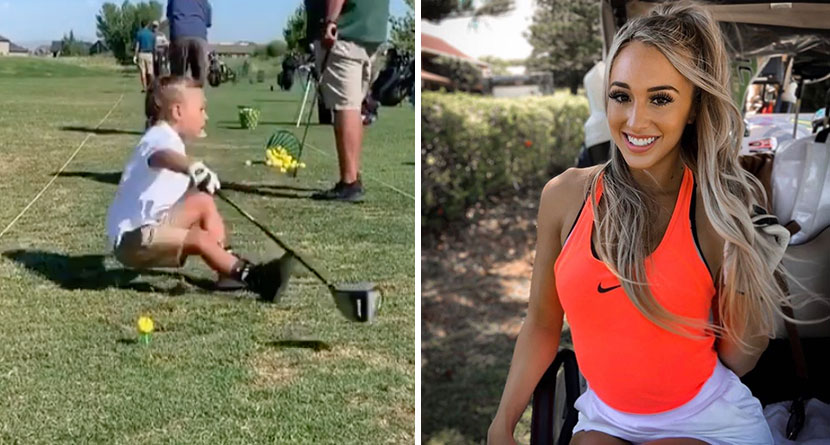 Tom and Bill were on a 175-yard par-3. Tom sliced his ball down a deep ravine while Bill’s ball found the center of the green.

After looking for 10 minutes, they finally found Tom’s ball lying in deep rough next to a tree, 250 feet below the level of the green. Tom’s shot called for him to hit over a deep bunker then onto a sloping green with the pin tucked hard against a water hazard.

“It could be worse!” Bill replied.

“How the hell do you figure?!” Tom snapped.

Bill laughed and said, “It could be my ball.”

Is This One Stroke Or Two?

“Oh dear ball, where are you going” type of face was captured this morning 😹 Gloomy days are a treat in the desert! 😍 #HappyMondayWorld 💛

Here’s one of my favorite pictures! This is me and @pga_johndaly at the 2020 PGA Merchandise show back in January. I really enjoyed watching him golf when I was growing up and definitely love his “grip it n’ rip it” style of play! 🏌🏻🏌🏻