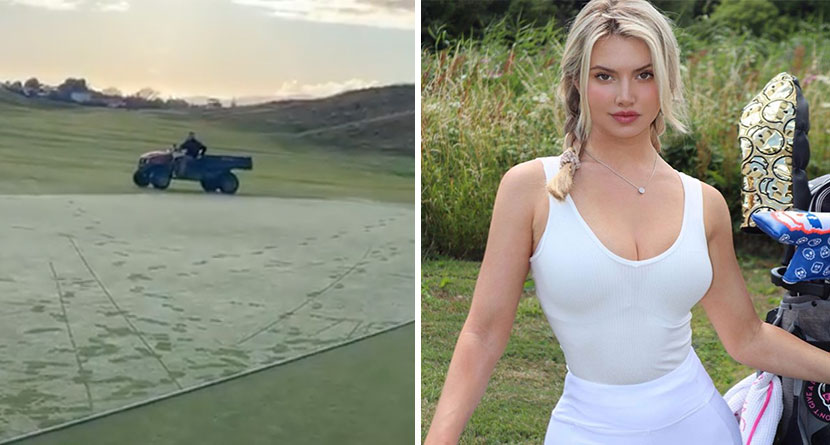 Steve, Bob and Jeff are out golfing on a cloudy day when it starts raining furiously.

Suddenly, Steve is struck by lightning and is killed instantaneously. After the ambulance leaves with Steve’s body, Bob and Jeff realize they’ll have to inform his wife. Bob says he’s good at this sort of sensitive stuff, so he volunteers to do the job.

After two hours he returns to the 19th hole carrying a six-pack of beer.

“Say, where did you get the six pack?”

Bob informs Jeff, “She gave it to me.”

“What?!?” exclaims Jeff, “You just told her that her husband died and she gave you a six pack?”

“Well,” Bob continues, “when she answered the door, I asked her, ‘are you Steve’s widow?’

Putting’s Easier When You Don’t Care

This may be the most satisfying golf video ever! Via: bunkersb tiktok

@fashionnova ⛳️ if you could only play one course for the rest of your life, what would it be? 🤔fashionnovapartner ad