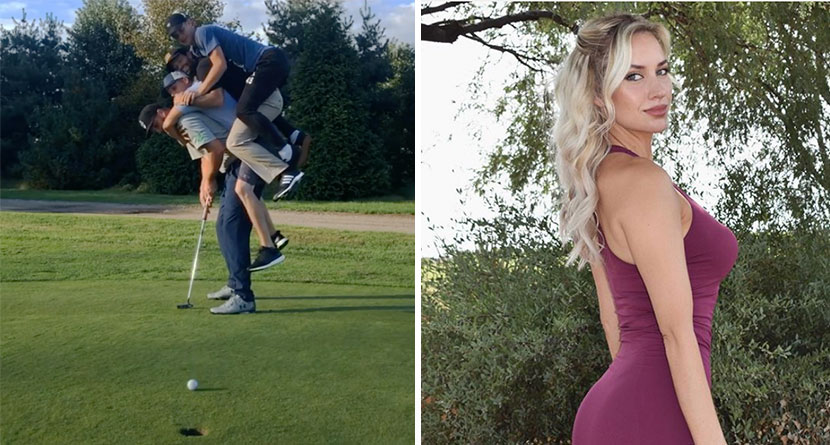 The Pope met with his cardinals to discuss a proposal from the Prime Minister of Israel.

“Your Holiness,” said one of the cardinals, “the Prime Minister wants to challenge you to a game of golf to show the friendship and ecumenical spirit shared by the Jewish and Catholic faiths.”

The Pope thought this was a good idea, but he had never played golf.

“Do we have a cardinal who plays who can represent me?” he asked.

“None that play well,” the cardinal replied. “But there is a man named Jack Nicklaus, an American golfer, who is very devout. We can offer to make him a cardinal, then ask him to play as your personal representative. Besides showing our spirit of cooperation, we’ll win the match.”

Everyone agreed it was a good idea and the call was made. Of course, Nicklaus was honored and agreed to play.

The day after the match, Nicklaus came to the Vatican to report to the Pope.

“I have some good news and some bad news, your Holiness,” the golfer told the Pope.

“I don’t like to brag, but even though I’ve played some great golf in my life, this was the best I’ve ever played, by far. I must have been inspired from above. My drives were long and true, my irons accurate and purposeful, and my putting perfect. With all due respect, my play was truly miraculous.”

When You’re Carrying Your Scramble Team

Send this to the squad you always carry 👇 😂

Looking forward to get back to tournament golf this week at @barracudachampionship ! #restart #pgatour

I had to edit my caption because you didn’t get it😒 So here’s a picture of me playing golf.