VIDEO: Golfer Makes His Own Fireworks 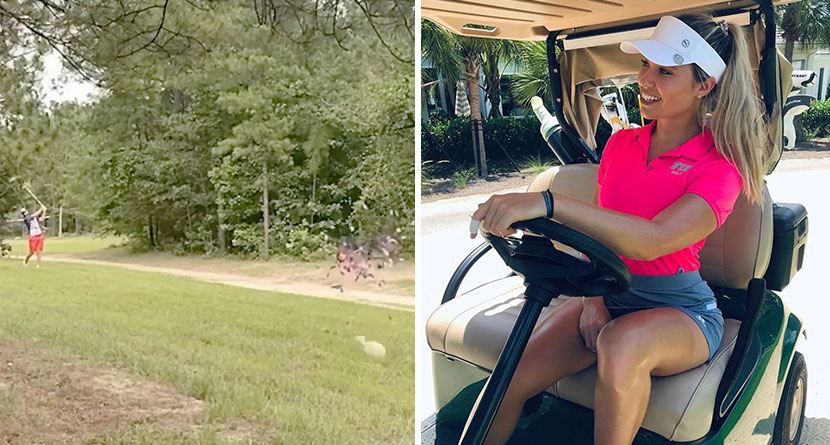 Making my own fireworks this year for the 4th. Pumped to rock the appropriate #WalterHagen gear by @dickssportinggoods to benefit @foldsofhonor this week. A portion of proceeds will benefit families of fallen and disabled service-members. #ad

‪“And lastly, when can we expect to see you on TikTok?”‬