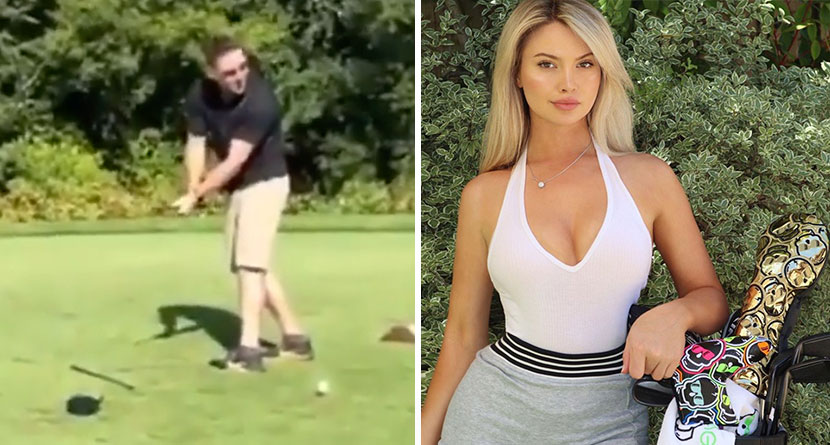 Fred was an extremely avid golfer to his detriment at home. He finished playing golf one Saturday and was on his way home when he had to stop for gasoline.

While pumping the gas his eyes locked on a very attractive young lady who seemed to reciprocate his feelings. Well, one thing led to another and the two succumbed to their passions, which made Fred extremely late getting home.

His conscience got the better of him and he decided to tell his wife the truth.

When he arrived home, he told his wife the whole story and begged her for forgiveness.

His wife looked at him with rancor and called him the biggest liar she had ever met.

“I know you played another 18, and are afraid of telling me the truth!” she said.

Got A Little Steep On The Gilmore

That's the saddest Gilmore i've ever seen. At least Jeff is getting a new driver 🤣 Via: @cdndogwalker

I 💗 down hill approach shots!