VIDEO: Hit A Bucket Of Balls With One Swing 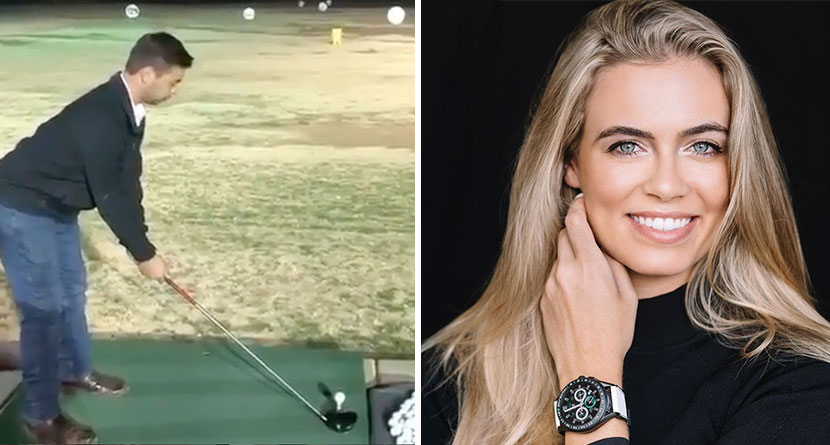 Jake’s wife asked him why he doesn’t play golf with Tom anymore.

Jake responded to her question with one of his own. “Would you continue to play with a guy who always gets drunk, loses so many balls other groups are always playing through, tells lousy jokes while you are trying to putt and generally offends everyone around him on the course?”

“Certainly not, dear” his wife replied.

Jake nodded his head and said, “Well, neither did Tom.”

Hit A Bucket Of Balls With One Swing

For Fathers Day, we played Mission Trails where so many rounds were played and memories were made growing up. It’s where I first beat my dad (73-81) when I was 10. FYI, I beat him again 😉

You all know I’m proud of my golf tan lines…but I’m extra extra proud of my #TagHeuerConnected Golf tan line😍🙏♥️ I’ve loved answering your questions about it! #TagHeuerFriend