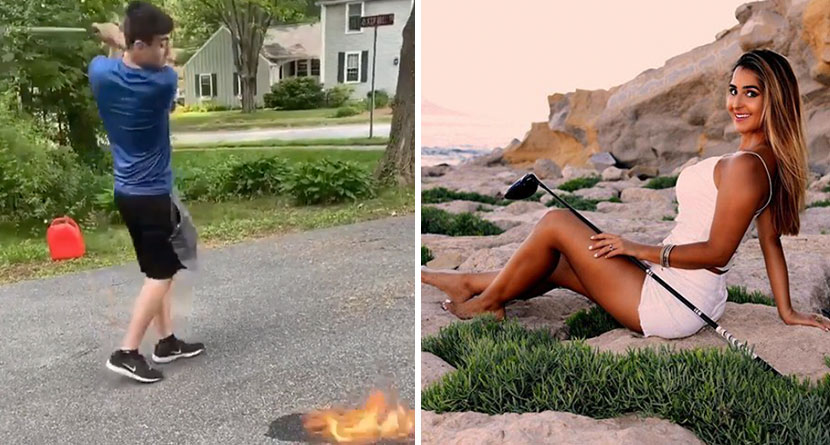 The third man said, “For 40 years, I only ever played golf with my wife. Most of the time she beat me, but I never cheated.”

A Different Meaning Of A “Hot Driver”/h2>

Finally a trickshot we can all pull off 🔥 Via: @addison.clapp

– Golf – The art of playing fetch with yourself. Comment 👇🏼why you love this game ⛳️ 😍 I can think of a million reasons. 📸: @ariasprint #golf #lifestyle

Nice to be back defending! #wallofchampions #pgatour

@paris_griffith came to play vs the guys! She’s throwing darts like crazy! She asked for 2k likes and she got it! Ladies only golf tournament here we come! #gameon