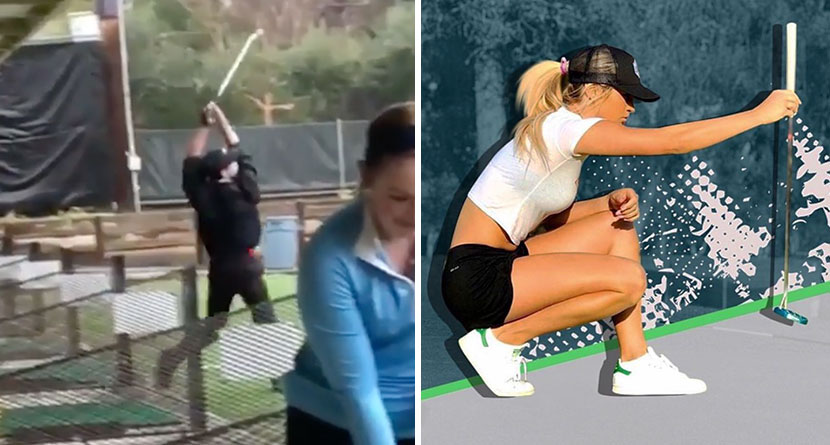 His lie was a good one, but right next to a tree. He quickly approached his ball, set himself up, and right as he took the club to the top, lightning struck down from the sky catching his steel-shafted 5-iron.

His friends hurried over to see that there was a large crater in the ground and no site of Bob or his clubs. He was gone.

Bob looked up as the tears flooded from his eyes and said, “I think I left my wedge back on the 14th green.”

Tiger is that you ? Via: @jessinbello

Straight into the bunker right next to the green ?. My fav courses on Maui. (I get asked often) 1. Kapalua Bay. 2. Plantation. 3. Ka’anapali Royal. 4. Wailea Emerald. 5. Wailea Gold. 6. Makena (Private). Don’t ask me to get you in cause no can! ??‍♀️. Feel free to add your top recommendation to help others. #MauiGolf #Kapalua #Kaanapali #Wailea @pxghawaii @pxg #Maui

Time for a little #TBT!!! I came across this cool edit from a couple years back by @sportsgallerymedia and had to share again! ?⛳️?