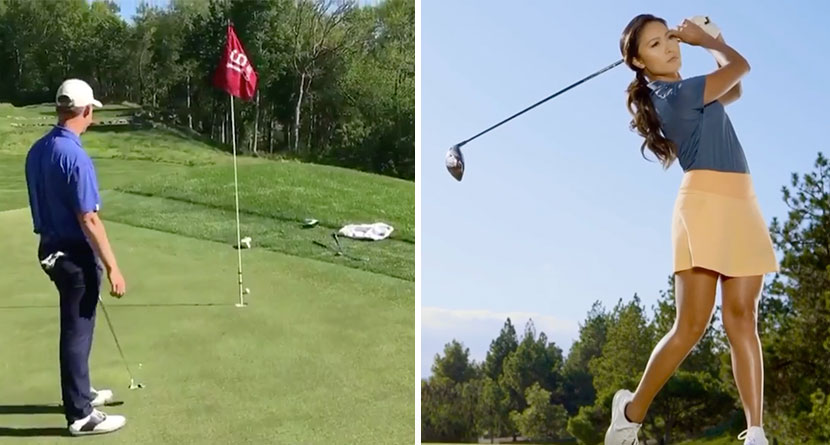 One day, a very wealthy golfer brought his regular golf buddies together, and gave them each $50,000 cash and instructed them that upon his death, they were to throw it into the coffin because he wanted to take it with him.

As luck would have it, he died soon after. When the funeral was over, his buddies met.

The doctor in the group said, “I have a confession to make. I put in an empty envelope and I used the money to buy equipment for the free clinic.”

The priest said, “Me too, only I used the money to help build the youth center.”

Somewhat shocked, the last member of the group, a lawyer, said, “I can’t believe you guys went back on your word.”

They asked him if he actually put the $50,000 in the coffin. He replied, “I most certainly did….with my very own personal check.”

One Lip Out Is Bad Enough

The rare double lip out. What’re you doing if this happened to you? (Via @jberry_98/IG) pic.twitter.com/avuJV1Wj6C

Finally booked my first tee time since quarantine! ?? If this ain’t what my first swing back looks like then I don’t want it ?⛳️ @pumagolf #pumagolf #cobragolf