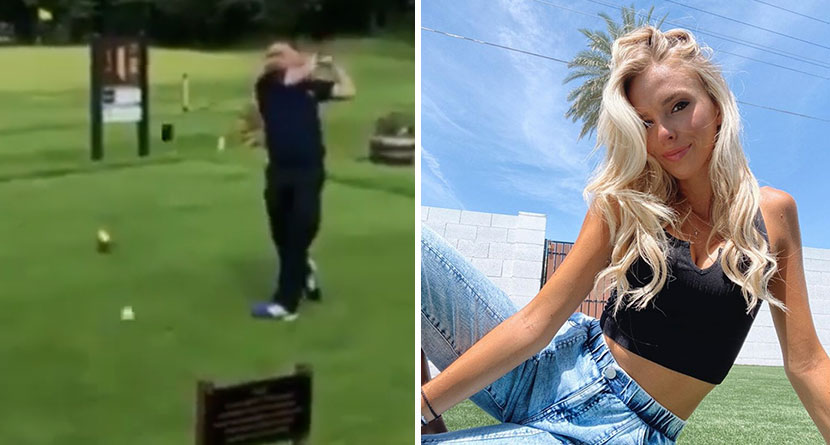 Two ants made their home in a sand bunker on a golf course. Most of their days were spent fairly uninterrupted. They could build their mounds, move their food and generally move about as they please, always wary of any humans coming into their home.

On one particular Sunday, a hacker infiltrated their bunker and began to displace sand as if he were an excavator. Having seen this type of golf before, the ants knew what to do.

“Quick,” said the one ant to the other. “Get on the ball before he kills us.”

How long can we use the lockdown excuse for? ? Via: @golf_gods

I have a new page @ashleymariehealth I will be posting recipes and nutritional advice! Thanks guys for your support! ? #followme #newpage #healthcoach

? drives, clutch @rickiefowler putts and our matching stache game wasn’t quite enough today…but the most important thing was being able to help raise more than 5.5 million dollars for COVID-19 relief efforts!! Big congrats to @rorymcilroy & @djohnsonpga on a hard fought battle. That was fun!

Sometimes a palm tree can grow out of my head? ??? what are you guys up to today! Anyone watching golf?! ⛳️ #golf