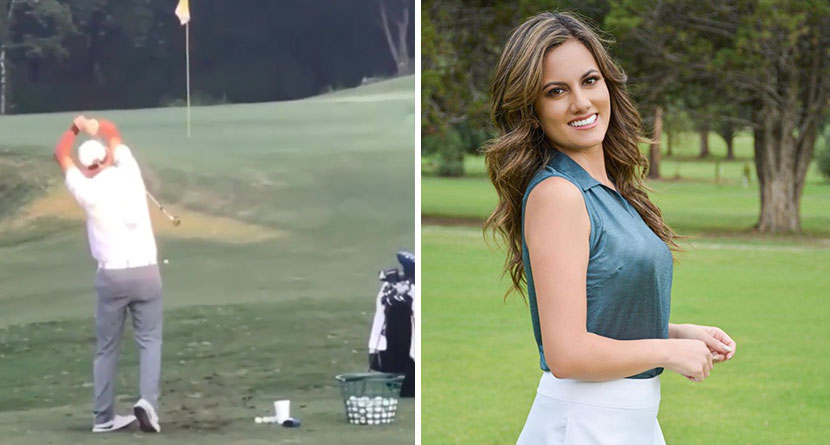 Ryan and Karl are standing on the 18th tee during their club championship.

They are the final twosome in the club championship and are tied for the lead.  The 18th hole is a beautiful par-4 with a deep valley descending down to a dogleg right.

Both Ryan and Karl hit long, straight tee shots that disappear down into the valley. A short time later, the forecaddie appears at the top of the hill and announces that both balls are within 6 inches of each other, but there’s a problem: both of the golf balls are Titleist 4s.

Ryan and Karl look at each other and realize that they had not informed each other as to what kind of ball they were playing, nor its number. They quickly descend into the valley and, sure enough, their two Titleist golf balls are right next to each at the bottom of the valley in the middle of the fairway.

Soon after, a rules official appears and examines the two Titleist golf balls. He then looks up at Ryan and Karl and asks, “Well, which one of you is playing the orange ball…?”

No Pictures On A Scorecard

It isn’t pretty but it gets the job done ? Via: @stboogolf @realzacradford