VIDEO: Someone Should Tell Him He Whiffed 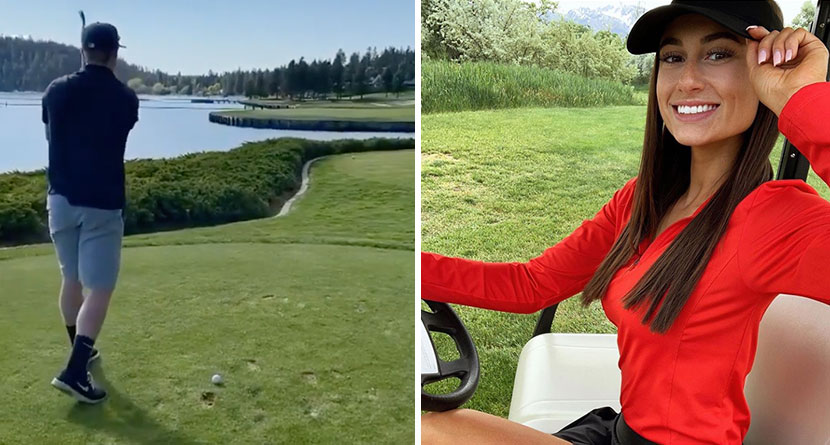 Two friends were playing golf one day. They decided that they would adhere strictly to the rules with no improving their lie.

No matter how much the first golfer tried to explain that he was entitled to this relief, the second guy would not allow it. So the man went to the cart to get a club. As he stood over the ball, he took a few practice swings, each time scraping the club on the pavement, taking out big chunks of blacktop and sending out lots of sparks!

Finally, after several practice swings, he took his shot. The ball took off and landed on the green about 6 feet from the pin.

🚨🔥🐐• #NEW: The Tournament Director at The Colonial says they have not been in touch with Tiger’s camp regarding a start at Charles Schwab. They say they haven’t asked and haven’t been told no. We await word as to whether Tiger will join a loaded field and return to Texas. (Via Fort Worth Star) #TigerWoods

Who’s your caddy? 😘 . . Just to share a few of my favorite brands right now: AMAZING golf gloves from @rivo_golf and SUPER cute towels from @uthersupply ❤️