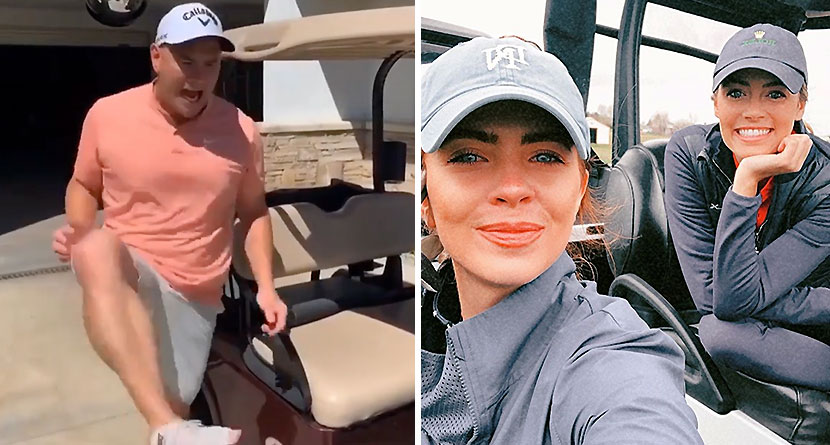 A guy was driving home after playing a terrible round of golf. The man is incensed and completely immersed in what went wrong with his round that he’s driving home simply out of habit with little regard for street signs, other drivers or pedestrians.

In the midst of going over his round over and over in his mind, his phone rings and his wife is on the line. The man clicks the speaker on his phone so as to not disturb his driving.

“Honey, be careful,” the golfer’s wife said in a worried voice. “There was a bit on the news just now, some lunatic is driving the wrong way down the freeway.”

“It’s worse than that,” the golfer said. “There are hundreds of them!”

When you park your cart in the sun for too long ? Via: @mark_kagaoan_golf

We loved seeing all the pictures and videos of you in Olaya Sport on the course over the weekend! Thank you for sharing ?

May the fourth be with you

When your golf games don’t want to take part in social distancing ? So fun being able to get out on the course with this one @olaughlingc ? #girltime #golf #wecute #colorado