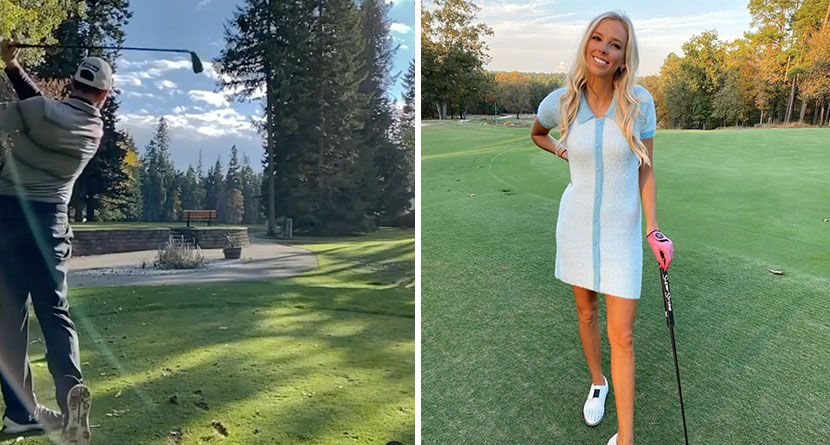 With the boss at the vault with my new record 707 gold putter. @pingtour