VIDEO: Not Quite Sergio At Medinah 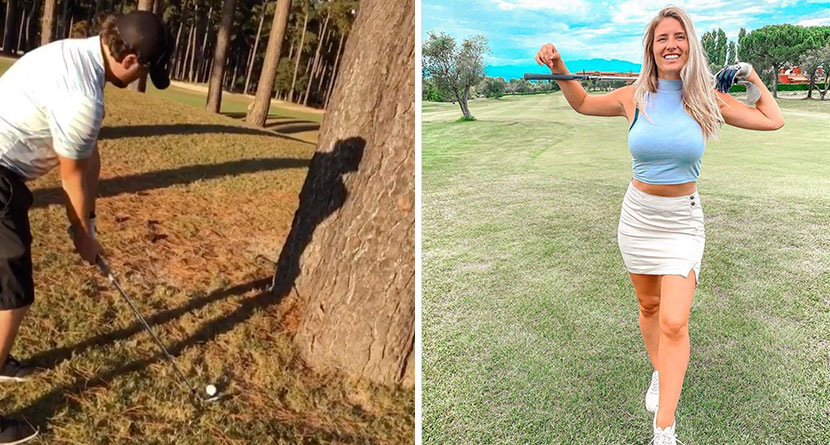 Three golf buddies died and went to heaven. Upon arrival, they noticed the most beautiful golf course they had ever seen. St. Peter told them they were welcome to play the course, but he cautioned them with one rule: “Don’t step on the ducks.”

The men start playing the course, and within 15 minutes, one of the guys stepped on a duck. The duck squawked, and soon there was a deafening roar of ducks quacking.

The woman replied, “I don’t know about you, but I stepped on a duck.”

Damn what a bomb here (via @mdiaddigo)

Honored to be joining the @draftkings team. DraftKings has been at the forefront of innovation for how people experience golf, and the company continues to modernize the game through technology built by and for sports fans. The gaming industry has already helped golf reach broader audiences, and I’m proud to work with DraftKings on boosting fan excitement and engagement in the game. 💪🏼 #DraftKings #fantasygolf #fantasysports