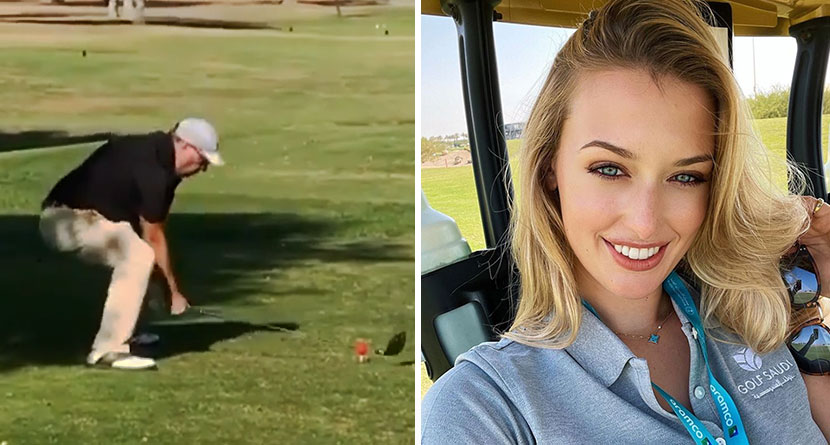 His buddies look at each other, confused.

🌴🌞Sunny selfie in Saudi 🥰🇸🇦🤳 Looking forward to a great couple of weeks out here. There are 2 golf tournaments back to back!! ⛳️ Starting with the inaugural Aramco Saudi Ladies International 💖 Feels amazing to be part of this historic event for the country and support Golf Saudi’s efforts to grow golf in the kingdom, particularly for females! 🙌🏽 I will be posting coverage from the event and keeping you updated on how I get on! ❤️🏆 Everyone has been tested multiple times and we are being kept in a safe COVID bubble 🤍 Very thankful to be able to work during these times and thankful for the diligent safety precautions in place to make this all possible. @saudiladiesintl @letgolf @golf_saudi #LadiesFirst Woooooo!!!!! Finally some tournament golf 🏌🏼‍♀️😄🙌🏽🏌🏼‍♀️♥️🙏🏼