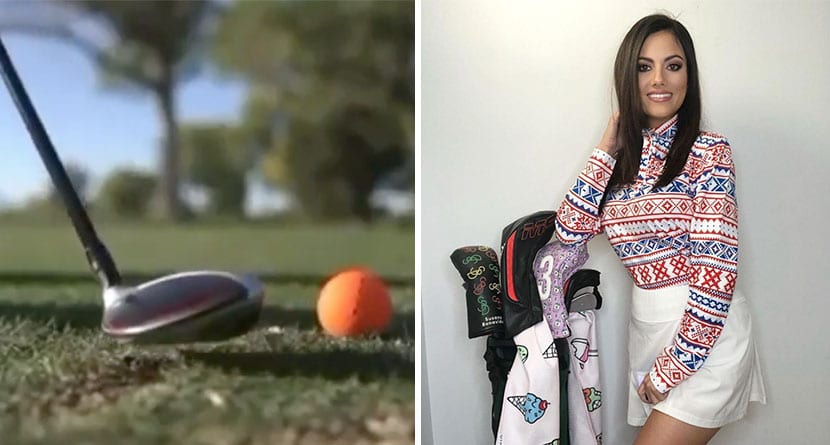 A golfer had been playing for 20 years. Despite years and years of playing, he hadn’t managed to ever hit a hole-in-one. As he was chipping away in a sand trap one day, moving nothing but sand, he voiced the thought. “I’d give anything — anything — to hit a hole-in-one.”

“Anything?” came a voice from behind. He turned to see a grinning, red-clad figure with neatly polished horns and sharpened tail.

“What did you have in mind?” the golfer inquired.

“Well, would you give up half of your sex life?” asked the devil.

“Yes, yes I would,” the golfer said with little hesitation.

“It’s a deal then,” the devil said as he faded discreetly from sight.

On the very next hole, the golfer did it. The ball soared from his club on a perfect arc right into the hole. And for good measure, every other hole he played that round, he holed out. As he was putting his clubs away, the figure in red appeared once more.

“Now for our bargain,” he said. “You remember you must give up half of your sex life?”

The golfer frowned. “That presents a bit of a problem,” he said.

“You’re not backing out of this,” cried the figure with a swish of his tail. “We’ve struck a bargain and you agreed to it.”

“Yes, of course. But I do have a problem,” the golfer explained. “Which half of my sex life do you want – the thinking or the dreaming?”