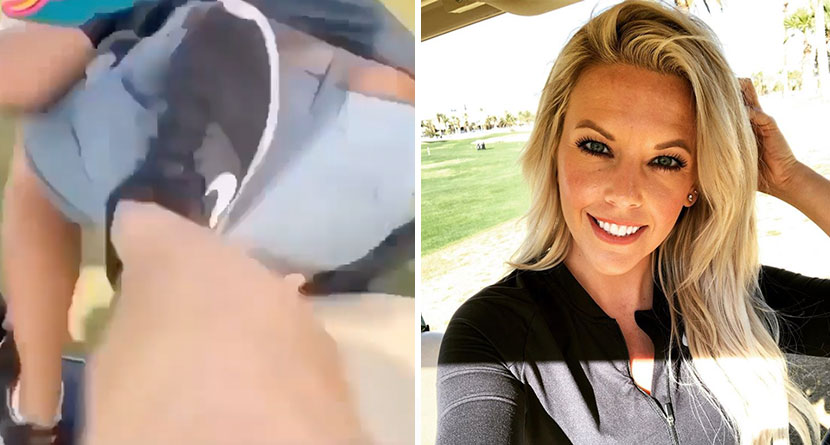 An argumentative drunk was looking for a fight. Sitting in the club bar drowning his sorrows all afternoon after losing his match, the guy was begging for a confrontation. Finally, he threw a punch at the player on the nearest bar stool.

The guy ducked, and the drunk, losing his balance, fell off his stool and onto the floor. By the time he’d disentangled himself from bar stools and dusted himself off, his opponent had left.

“D’ya see that, barman,” he complained. “Not much of a fighter was he?”

“Not much of a driver either, sir. He’s just driven over your clubs,” said the bartender gazing out the window.

What Are Friends For?

What’s your next move if your buddy does this to you? 😳 Via: @lohner_3

Over here just waiting on my passport so I can go play golf in Cabo. If you have been, what’s your favorite course down there? #vivamexico #cabo #golfcourses #mexico #travelgram #golfdestination #travelbug

Job’s not done, but it’s time to get it done!😤 @taylormadegolf @lakers #mambamentality #lakeshow

Sunny selfies in between shoots 🌞