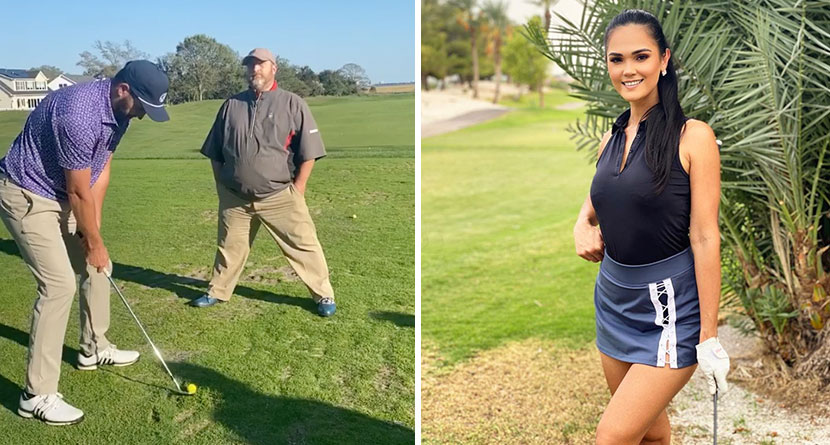 A retiree was given a set of golf clubs by his co-workers. Thinking he’d try the game, he asked the local pro for lessons, explaining that he knew nothing whatever of the game.

The pro showed him the stance and swing, then said “Just hit the ball toward the flag on the first green.”

The novice teed up and smacked the ball straight down the fairway and onto the green, where it stopped inches from the hole.

“Now what?” the fellow asked the speechless pro.

“Uh… you’re supposed to hit the ball into the cup” the pro finally said, after he was able to speak again.

The retiree replied, “Oh great! NOW you tell me!”

Would you let me flop a 60 degree wedge over your head and then blade one between your legs? 😅 @michael.burke.1897 has 🏀🏀 #reels #explorepage #golf

“It’s all in the hips.” -Chubbs Peterson